Suryakumar Yadav created history, became the first Indian batsman to score so many runs in a year in T20

Suryakumar Yadav played a brilliant innings against Zimbabwe and completed his half-century in just 23 balls and in the meantime hit 3 sixes and 5 fours. In this match, he scored an unbeaten 65 off 24 balls and hit 4 sixes and 6 fours. 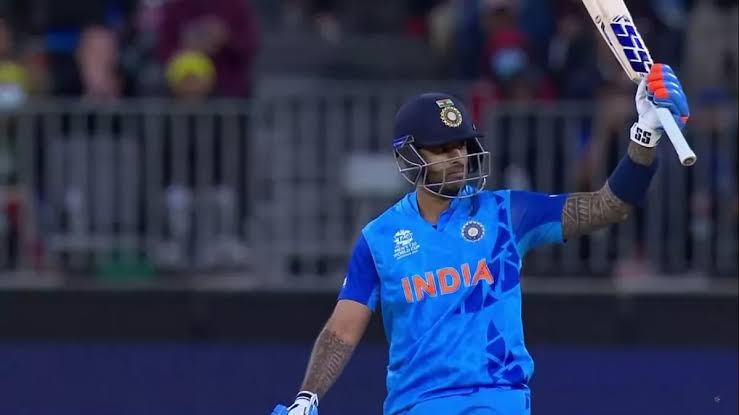 Indian cricket team's star batsman Suryakumar Yadav created history in the shortest format of cricket as he completed 35 runs during the team's last group match against Zimbabwe. Suryakumar Yadav has now become the first batsman for India to score 1000 runs in a year in T20 International cricket. No other batsman had done such a feat for India in a year before him.

Talking about world cricket, Suryakumar Yadav became the second batsman to score 1000 runs in a year and before him this amazing was the opening batsman of Pakistan cricket team in the year 2021, Mohd. Rizwan did it. Not only this, in the year 2022, he also became the first batsman in the world to complete 1000 runs in T20 International cricket.

Suryakumar Yadav played a brilliant innings against Zimbabwe and completed his half-century in just 23 balls and in the meantime hit 3 sixes and 5 fours. In this match, he scored an unbeaten 65 off 24 balls and hit 4 sixes and 6 fours. The Indian team had lost 4 wickets in this match despite KL Rahul's half-century innings for 101 runs, but Suryakumar again worked to handle the Indian team with his innings and his innings was very useful for the team. On the basis of his innings, India scored 180 runs for 5 wickets in 20 overs.

In the T20 World Cup 2022, Suryakumar Yadav's bat is wreaking havoc on the opposing teams. In this tournament, he has scored 3 fifties in five matches of Super 12 and has scored 225 runs at an average of 75 with a strike rate of 193.96. His best score so far in the T20 World Cup has been 68 runs.