On January 5, a controversy erupted after the PM’s convoy stuck on a flyover in Bathinda in Punjab for about 20 minutes as protestors had blocked the road. 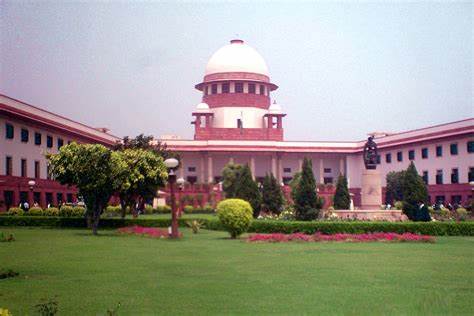 On January 5, a controversy erupted after the PM’s convoy stuck on a flyover in Bathinda in Punjab for about 20 minutes as protestors had blocked the road. The PM had to return to the airport cutting short his Punjab tour.

A petition has been filed in the Supreme Court in which an action has been demanded against the Chief Secretary of Punjab and the Director-General of Police. The petitioner has demanded that these two senior officials should be immediately suspended till the time department action is pending.

The petitioner has argued that it must be ensured that these kinds of things should not happen in future. Chief Justice of India Justice NV Ramana heard the petition and asked the petitioner to serve a copy to the state government. He might hear the matter tomorrow.

Meanwhile, the Punjab government has constituted a two-member probe panel that consists of a retired judge Justice Mehtab Gill and Anurag Verma who is the Principal Secretary of the Department of Home Affairs. They will submit a report to the state government within three days.

The BJP leaders have accused the Congress-ruled Punjab government of deliberately creating a situation in which PM’s security was compromised. They have demanded that the state government should fix the responsibility on those who were behind the lapse.