Children of migrants are the most disadvantaged, since they are denied access to health and adequate nutrition, quality education, and the skills and information they need to survive, and spend their lives in makeshift, unfriendly, unsanitary, and testing environments. 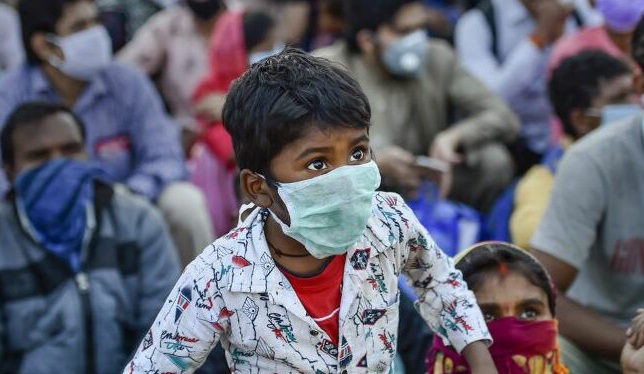 The Supreme Court on Tuesday, in response to a petition highlighting the plight of children of migrant workers during the pandemic, asked all states to notify it of the number of such children in their territories and to keep it updated on their situation.

Hearing a petition filed by the NGO Child Rights Trust and a Bengaluru resident seeking guidance for the preservation of these children's fundamental rights during the pandemic, a bench comprising of Chief Justice S A Bobde, Justices A S Bopanna and V Ramasubramanian asked states that had been made parties in the case to file their responses.

According to the petition, these children were the ones who suffered the most during the nationwide lockout enforced last year, and they were among the most vulnerable. It reported that there have been no official reports on the children's condition as of yet.

“Although the respondents have made significant efforts to provide migrant workers with welfare benefits, no report has been issued by the Central or State governments addressing relief measures for women and children who are stranded or in relief camps and quarantine centres in source districts.

“The unprecedented lockdown, the ensuing migrant crisis, and the resulting impact on migrant children and their fundamental and human rights are conspicuous and an ongoing crisis,” the petitioners wrote.

On March 8, the court gave notice of the plea.