During border tensions involving India and China back in February, Singh told reporters, "Let me assure you, if China has transgressed 10 times, we must have done it at least 50 times." 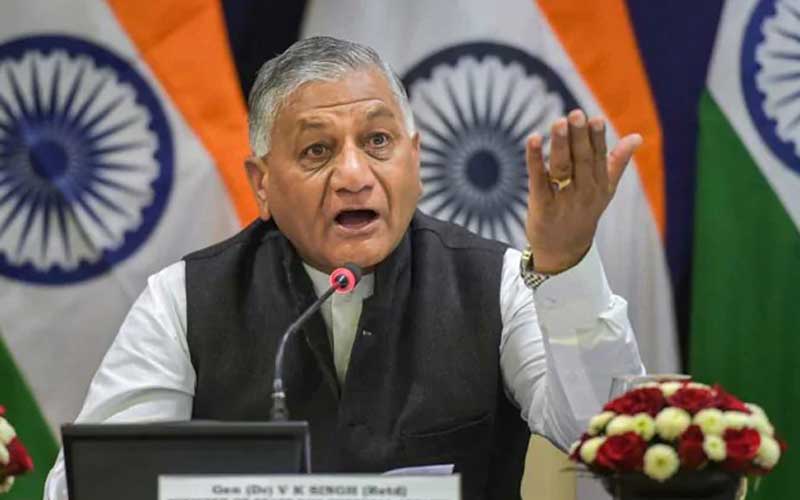 The Supreme Court on Friday rejected a petition seeking prosecution against Union minister VK Singh for claiming that India has crossed the Line of Actual Control more times than China.

The PIL seeks the removal of Union Minister VK Singh from his position as a result of alleged anti-Army remarks he made on February 7th.

The petitioner was advised by a bench consisting of Chief Justice of India NV Ramana, Justices AS Bopanna and Hrishikesh Roy that the courts could do nothing in this case.

The court went on to reject the PIL, stating that it was the Prime Minister's responsibility to remove a minister and advising the petitioner to focus on serving the country rather than filing such petitions.

The bench remarked, “If he has done something, it is for the prime minister to act if it is inappropriate. The court cannot pass any orders.”

During border tensions involving India and China back in February, Singh told reporters, "Let me assure you, if China has transgressed 10 times, we must have done it at least 50 times."

He also stated that India's border with China has never been defined and that the two nations' views of the de facto border differ.

The petitioner, activist Chandrasekaran Ramasamy, said that VK Singh, a retired four-star general in the Indian Army, had violated his oath as a minister, undermined India's global authority, and provided China with a rationale for its transgressions.

Ramasamy asked the court to order the Centre to declare Singh guilty of violating his oath. He said that regular citizens are not exempt from such "dangerous anti-national offences" by the government, and that Singh should not be given any special treatment.

The clashes in Ladakh and Sikkim in May last year, which eventually evolved into a lengthy stalemate between the two nations across the Line of Actual Control in Ladakh, have always been blamed on Chinese soldiers, according to India.