As per the ruling, police have been directed to not make routine arrests in situations where the potential punishment is up to seven years in prison. 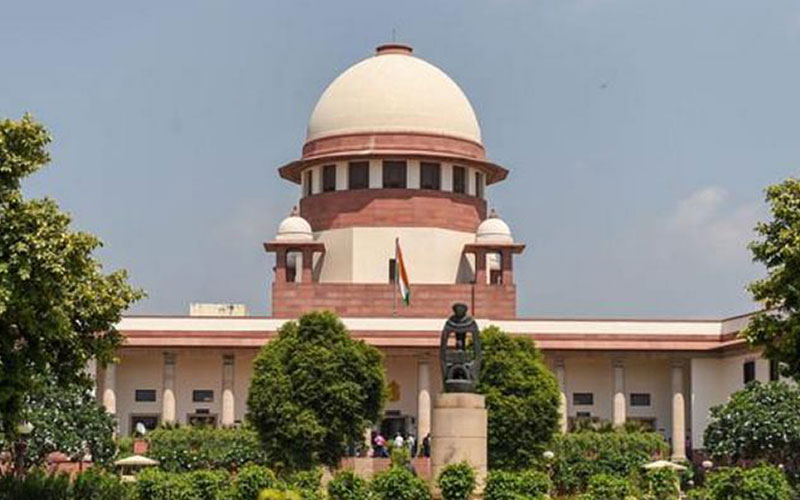 On Saturday, the Supreme Court issued directives for decongestion of prisons, citing a "unprecedented surge" in Covid-19 cases, and ordered the immediate release of all prisoners who were given bail or parole last year in light of the pandemic.

A bench led by CJI N V Ramana observed that the decongestion of prisons housing about 4 lakh prisoners throughout the nation is a subject of "health and right to life of" prisoners and police forces and ordered that all those who were granted bail in March 2020 by high-powered committees of states and Union Territories be given the bail without any reassessment.

As per the ruling, police have been directed to not make routine arrests in situations where the potential punishment is up to seven years in prison. It also instructed the high-powered committees to consider the release of new inmates by following the National Legal Services Authority's recommendations on the subject.

In addition, the SC bench instructed that all prisoners who were denied parole pursuant to our previous orders be also granted parole for a term of 90 days to help them cope with the pandemic.

The order published on Supreme Court’s website read as, "Further we direct that, those inmates who were granted parole, pursuant to our earlier orders, should be again granted parole for a period of 90 days in order to tide over the pandemic."

Chief Justice N V Ramana and Justices L Nageswara Rao and Surya Kant all were included in the Bench that ruled the judgement.