Media reports have however mentioned that the perpetrators were aware that they hit a woman on a scooty. 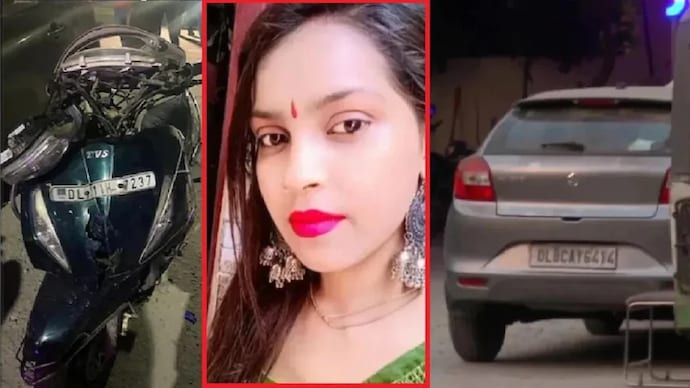 Sultanpuri, Delhi: In Delhi's Kanjhawala hit and run case, the death of the girl has come to light due to serious injuries on her head-spinal and lower part. The post-mortem report has also confirmed the absence of rape. On the other hand, in the statement given to the police by the friend of the deceased, the cause of the accident has been told the fault of the car riders.

Media reports have however mentioned that the perpetrators were aware that they hit a woman on a scooty. An eyewitness in the Sultanpuri accident case claimed that the cops in PCR van did not take any action after he informed them about a girl being dragged by a car.

According to police sources, the friend of the deceased told that they were present in the hotel together. When the car collided, she got scared because of which she did not tell anything to anyone. The accident was the fault of the car riders. When the scooty and the car collided, my friend fell on the side of the car, and I was on the other side. I was nervous, so left there and went straight home.

Delhi's Special Commissioner (Law and Order) SP Hooda said the post-mortem revealed severe injuries on the head, spine and lower back of the girl and death due to profuse bleeding. Rape not confirmed. Earlier, the police had revealed that the victim was accompanied by her friend on the scooty. After the collision, the deceased got trapped in the car and was dragged for 12 kms. The matter of dragging the first 4 km was coming to the fore. The other girl who was on the scooty fled from the spot after the accident. He too has minor injuries.