Sukesh Chandrashekhar Calls Kejriwal A Conman, Accuses Him Of Taking 50 crores for a Rajya Sabha seat

Sukesh Chandrashekhar issues a handwritten note on Arvind Kejriwal. says, "You took ₹50 crores for a Rajya Sabha seat from India’s biggest thug. Are you, then, not a MahaThug ? 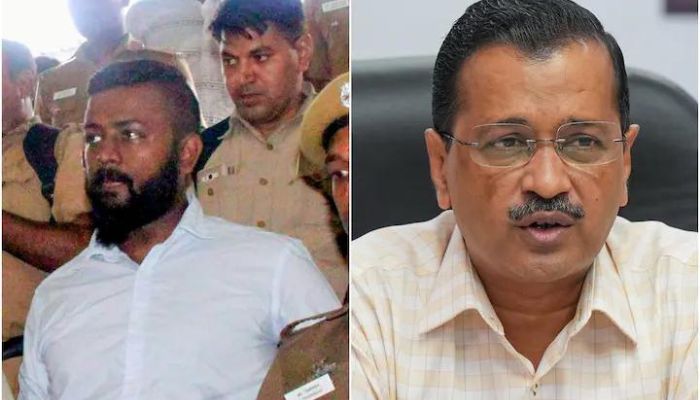 Sukesh Chandrashekhar, a thug lodged in Delhi's Mandoli jail in a money laundering case, has written a letter to the media. In this, he has made serious allegations against Arvind Kejriwal. In a three-page letter, Sukesh has written – If I am a thug, then Kejriwal is a great thug. He had demanded Rs 50 crore from me in lieu of a Rajya Sabha seat, which I gave.

Sukesh Chandrashekhar has penned a second letter in which he has mentioned Rs 50 cr to Arvind Kejriwal for the RS seat, Rs 500 cr demand towards AAP, and Satyender Jain’s threats.

Sukesh wrote in the letter – Arvind Kejriwal also came to a dinner party in 2016. On his instructions, I had given Rs 50 crore to Kailash Gehlot by visiting a farmhouse in Asola. Please tell that Kailash is currently the Transport Minister in the Kejriwal government. Sukesh has said that whatever information has been given is true and can be investigated.

Sukesh wrote in another letter to his lawyer – On November 1, I wrote a letter to the Lieutenant Governor of Delhi. It was told that in return for providing facilities in the jail, the Kejriwal government has given Rs 10 crore to the jailed minister Satyendra Jain. After complaining to the Lieutenant Governor, Satyendra Jain and the then DG of the jail are threatening him (Sukesh). The letter has been confirmed by Sukesh's lawyer to the media.