As per the report, even though 66% of Indians believe gender equality has improved since their parents' generation, India's working women continue to face the strongest gender bias among Asia Pacific countries. 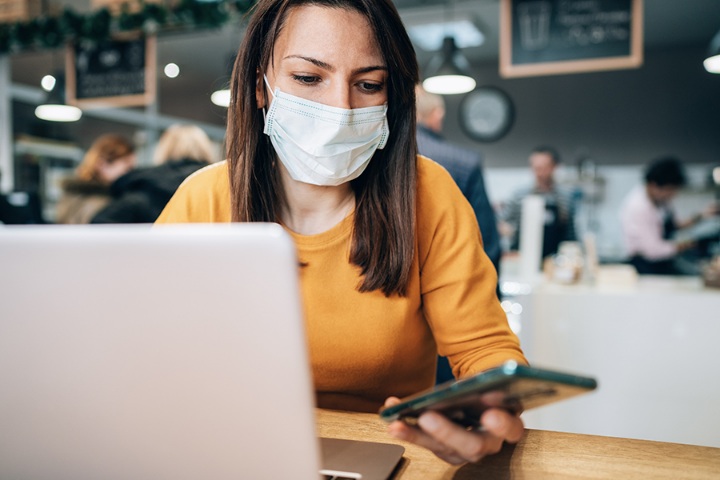 Amidst heightened emphasis and discussions about the inequalities women face in the workplace, there is still a considerable amount of work to be done to narrow down the gender gap.

According to the LinkedIn Opportunity Index 2021, nearly 85% of women in India have missed out on raises and promotions due to their gender. Further, according to LinkedIn's findings, 9 out of 10 (89%) women have been adversely affected by the Covid-19 pandemic. Working women in India continue to face the most serious gender bias among Asia Pacific countries.

As per the report, even though 66% of Indians believe gender equality has improved since their parents' generation, India's working women continue to face the strongest gender bias among Asia Pacific countries. In India asked why they are dissatisfied with their opportunities to advance in their careers, one in every five (22%) working women in India said their firms have a "favourable bias" to a counterpart at work, compared to the regional average of 16%.

Furthermore, the LinkedIn Opportunity Index 2021 highlights the disparity in perceptions of accessible opportunities in the market between men and women in India. Whereas 37% of working women in India believe they have fewer opportunities than men, only 25% of men agree. This gap in perception is also seen in discussions about equal pay, as more women (37%) believe they are paid less than men, while only 21% of men share this sentiment.

A deeper finding showed that, when compared to the APAC region, more women in India have encountered the influence of gender on career development.

In India, more than four out of every five working women (85%) claim to have been passed over for a raise, promotion, or job opportunity due to their gender, compared to the regional average of 60%.

Job security, an enjoyable job, and a good work-life balance are the top three work opportunities pursued by both men and women in India. However, despite sharing similar goals, more women (63%) believe a person's gender is more important in getting a better job than men (54% ).

While job security is crucial for working women in India, women are increasingly focusing on the type of employer they want to work for, the acknowledgement they will earn for their efforts, and the skills that will be put to use on the job. According to LinkedIn's findings, they are constantly pursuing employers who treat them equally (50%), and 56% want to be recognised at work for what they do. Other roadblocks to career development for working women in India include a lack of requisite professional skills and insufficient guidance through networks and connections.

Women have been adversely affected by Covid-19, and the expectations to juggle between home and work life have caused havoc on their lives. As a consequence of the impediments that women face at work, more than one in every two women and working mothers in India expect organisations to offer lessened or part-time timelines (56% ) and robust maternity leaves and policies (55% ) to ease the transition.

During the pandemic telecommuting or work-from-home was also valued by women across the Indian workforce and it is now regarded as the top-ranking demand alongside other flexibility programmes. More than one in every two women are also searching for more professional connections and mentors to help them progress in their careers, with 65% agreeing that a lack of guidance through networks is a key opportunity barrier.

This year's research not only highlights the pandemic's disproportionate impact on women but also reveals how an ailing economy and working in isolation continue to adversely affect the lives of the entire Indian workforce. In addition to receding employment options, professionals in India face the dangers of working in isolation, with more than three-quarters (65%) of Indians reporting lower productivity while working from home. Further findings suggest that the most common drawbacks experienced by professionals in India when working remotely are too many distractions, interrupted internet connectivity, and difficulty in planning work.

After emerging from an economic slump in 2020, India remains optimistic about its recovery, with two-thirds (65%) of professionals expecting the economy to improve by June 2021.

In this current scenario, learning and upskilling are seen as crucial to future-proofing their careers, and approximately 3 in 5 (57%) Indians are constantly looking to learn new hard skills like Artificial Intelligence, Cloud Computing, and Business Analytics, along with soft skills such as Creative Thinking, Problem Solving, and Time Management. Many professionals are also protecting themselves from the pandemic by shifting to more appropriate professions, with 1 in 2 (51% ) looking to shift to new career paths and 3 in 5 (61% ) pursuing roles that allow them to put their skills to use.