Story of Rishabh Pant's accident, in the words of eyewitnesses: Mercedes, overturned after jumping 5 feet from the pit of the highway

Shocking accident caught on camera. Rishabh Pant's car crashed into a divider, the car caught fire 6 minutes after the crash. 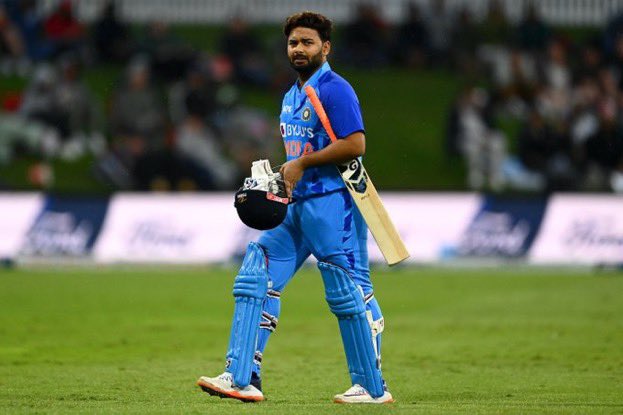 Indian cricket team's wicketkeeper Rishabh Pant's Mercedes overtook a car coming at a speed of 150 kmph. Then a pit came in front. Due to this, his car jumped up to 5 feet and first collided with the bus…then it caught fire while dragging further from the divider. This is to say of Dr. Ravindra Singh, who was present on the spot at the time of the accident, and Aryan, who works in Ganga Dairy.

There is a milk dairy near the spot. Aryan is the employee who reached the spot first. This helped in calling an ambulance and taking Pant to the hospital.

Aryan, who works in Ganga Dairy, told that it must be 5:15 in the morning. I was at the gate only when I heard a loud explosion. When I came out, I saw that a car was burning. Reached him while running, and saw Rishabh Pant lying outside after getting out of the car. He was very injured. The whole body was charred, the clothes were torn. Was sitting outside wearing something like a shawl.

Aryan told that Pant was lying about 50 meters away from the car. Seeing the injured cricketer, I immediately called an ambulance. An ambulance came and he was sent to the hospital. Some people were collecting money from near Rishabh's car, then the conductor of Haryana Depot's bus collected the money and kept it near Rishabh.

The completely uncontrollable Mercedes collided with the bus of Haryana Depot on the other side of the road. After this, the car kept on dragging for about 200 meters on the highway and caught fire.

Due to the high speed of Rishabh Pant's car, he could not control the car. On hitting the divider, the car jumped about 5 to 6 feet and hit another divider on the other side of the road.