Stone pelting after Friday prayers, many people including policemen injured

Stone pelting started after Namaz in Jharkhand's capital Ranchi, in which civilians including several policemen are reported to be injured. The Union Home Ministry has summoned a complete report from the concerned state administration. 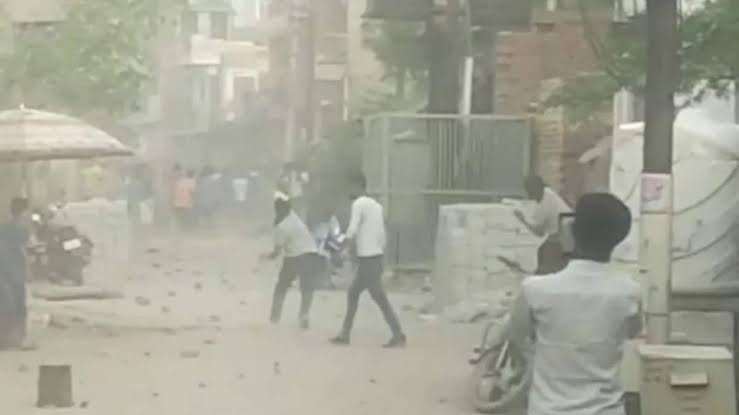 BJP leader Nupur Sharma may have been expelled from the party, but there is still a lot of anger among the Muslim community. Preparations were made for protests in different parts of the country even before Friday prayers. Voices of protest were heard in many other places including Delhi's Jama Masjid.

After this incident, Jharkhand Chief Minister Hemant Soren said that I suddenly got information about this worrying (protest) incident. The people of Jharkhand have always been very sensitive and tolerant, there is no need to panic. I appeal to all to refrain from participating in any activity that may lead to more such crimes. Ranchi Police DIG Anish Gupta has said that we are making efforts. The situation is under control. Heavy forces have been deployed.

Prayagraj SSP Ajay Kumar said that some people had put provocative posts on social media, taking them on record and a case has been registered. All religious leaders have been appealed to maintain peace and order in the meeting. Those trying to disturb the atmosphere will be identified by CCTV and action will be taken.In Howrah, protesters set fire to police vans and police booths.