Firecracker Ban on Diwali State-wise: The debate related to the ban on firecrackers has been going on for a long time in the festival of Diwali in the country. In such a situation, this time also many states have issued their guidelines. 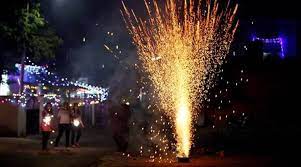 At the same time, some people say that people are already upset in the era of Corona, in such a situation the use of firecrackers is useless. According to such people, air quality directly affects immunity. At the same time, many people also have trouble breathing.