Swamy, 84, who was arguably the oldest person in India to be charged with terrorism, died in a Mumbai hospital recently while fighting for medical bail. 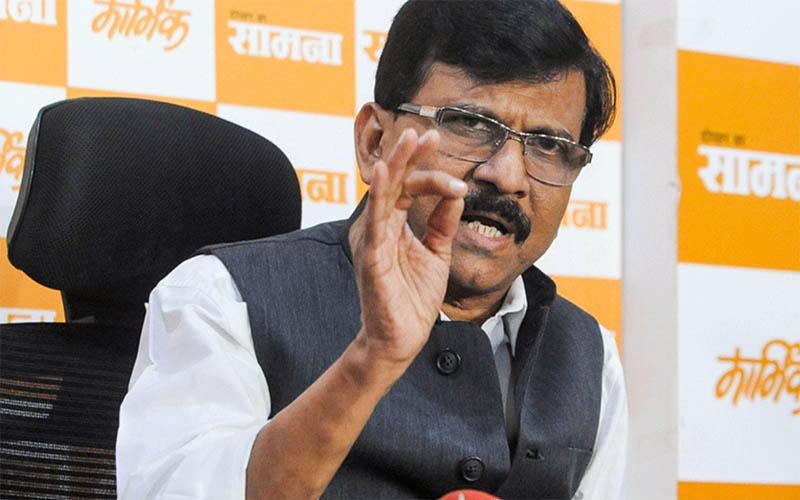 Sanjay Raut, a Shiv Sena MP, lashed out at the Union government over Father Stan Swamy's death, saying the tribal rights leader was "murdered" in jail. The Sena MP went on to say that the country's foundations were so weak that an 84-year-old man could overturn the Narendra Modi government, comparing it to Hitler's and Mussolini's regimes.

Mr. Raut called the arrests of activists like Varavara Rao, Sudha Bharadwaj, Gaurav Navlakha, and others in the Elgar Parishad-Maoist linkages case a "scheme of cracking down on freedom."

“George Fernandes frightened Indira Gandhi. George was a youthful leader at the time, not nearly as old as Father Stan Swamy. Today's government, on the other hand, is terrified of 84-85-year-old Stan Swamy and Varvara Rao. “Stan Swamy was murdered in prison,” Raut claimed.

He claimed that while the inflammatory words and offensive statements made at Elgaar Parishad could not be supported, what followed should be referred to be a conspiracy to suppress freedom. “What does it mean to wage a war against the state, to commit treason, and to engage in anti-national activities? Is it possible to overthrow a country by educating tribal people in the woods aware of their rights and freedom? How can a spark of revolt lighting the minds be considered treason?” Raut enquired.

“There is a distinction to be made between opposing the government and opposing the country. Anyone who believes that criticizing a government is a plot against the country is sowing the seeds of dictatorship in their minds,” he warned.

Raut had toned down his criticism of the Prime Minister and his cabinet in recent weeks, sparking rumors of a reconciliation between the Sena and the BJP, but his new statement made no such concessions. Raut, on the other hand, was taken aback by Modi's inclusion on a recent list of world leaders who have a history of restricting press freedom.