News of the extension of Rajapaksa's travel pass came a day after Sri Lanka's cabinet spokesman Bandula Gunawardene said the former president was not hiding and could return to Sri Lanka from Singapore. 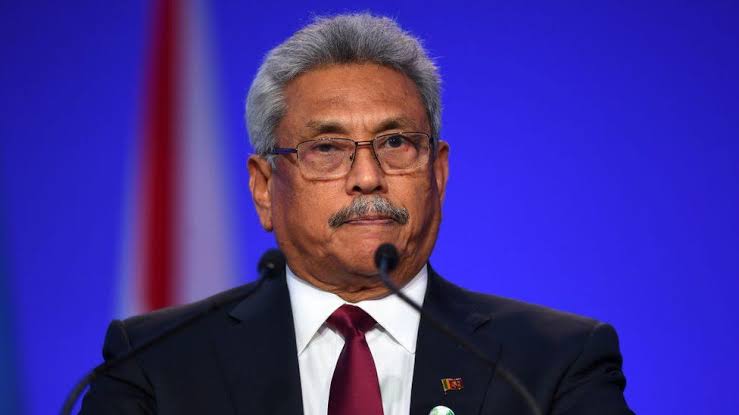 The government has extended the period of his stay in the country by 14 more days by issuing a new visa to former Sri Lankan President Gotabaya Rajapaksa. In a media report on Wednesday, it was told that the period of Rajapaksa's travel pass has been extended till August 11.

Rajapaksa left the country on 13 July for the Maldives amid public outcry against him for not handling Sri Lanka's economy, and from there on a personal visit to Singapore the next day on 14 July.

Rajapaksa has been issued a new visa. His stay here has been extended till August 11. After Rajapaksa arrived in Singapore, the Ministry of Foreign Affairs here confirmed that he has been allowed to enter the country on a private visit. The ministry had said that the former president has not sought asylum. He said that Singapore usually does not give asylum.

According to the news, Rajapaksa was given a 14-day travel pass after arriving at Changi airport from Maldives on a Saudi airline plane on July 14. He was initially staying in a hotel in the city, but now it is being told that he is staying in one of his private residences. He has not been seen in public in Singapore. Asked about Rajapaksa at the weekly cabinet press briefing, cabinet spokesman Gunawardene told reporters on Tuesday that the former president is not hiding and is likely to return from Singapore.

Gunawardene said he does not believe that the former president has fled the country and is in hiding. Gunawardene is also the Minister of Transport and Highways and Mass Communication.However, Gunawardene did not give details of Rajapaksa's possible return.

The Sri Lankan Parliament on Wednesday elected Rajapaksa's aide Ranil Wickremesinghe as the country's president. Rajapaksa resigned from his post after reaching Singapore. For the first time in the 44-year history of Sri Lanka, the Parliament directly elected the President. People were protesting for several months, blaming the country's worst economic crisis since 1948 and the mismanagement of the Rajapaksa family's rule for this. The protesters had entered the presidential residence on July 9.