Meanwhile, Harim Peiris, former adviser to the Ministry of Foreign Affairs in Sri Lanka, said, "We hope that unarmed protesters will not take up arms because if this happens, it will be a gross violation of the law." 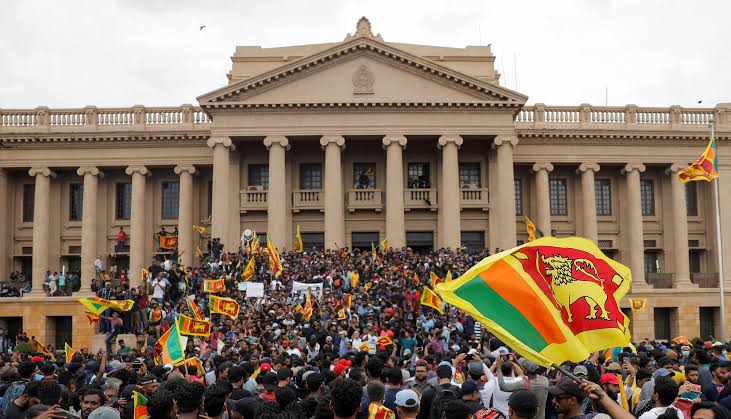 The situation in Sri Lanka has become uncontrollable. As soon as the news of Gotabaya Rajapaksa leaving the country, people took to the streets. A large number of military personnel have been deployed in view of the protests outside the Prime Minister's residence in Colombo. The protesters who reached the spot are raising slogans against the government. Emergency has been imposed in the country. Security personnel fired tear gas at protesters in Colombo as they marched towards the Sri Lankan Prime Minister's Office.

People are angry against Rajapaksa for not handling the country's economy. A few days ago, the protesters occupied the Rashtrapati Bhavan. Since then there were reports of Gotabaya hiding on the Naval Ship. Immigration officers have informed that Rajapaksa, along with his wife and bodyguards, were sitting in the Antonov 32, a military plane that took off from the international airport. According to officials, Rajapaksa's plane has landed in the neighboring country of Maldives. Even before this, the Rajapaksa family tried to leave the country but did not succeed.