Prime Minister Narendra Modi chaired the first meeting on the High Level Committee on December 24 to take stock of the roadmap of the preparations. 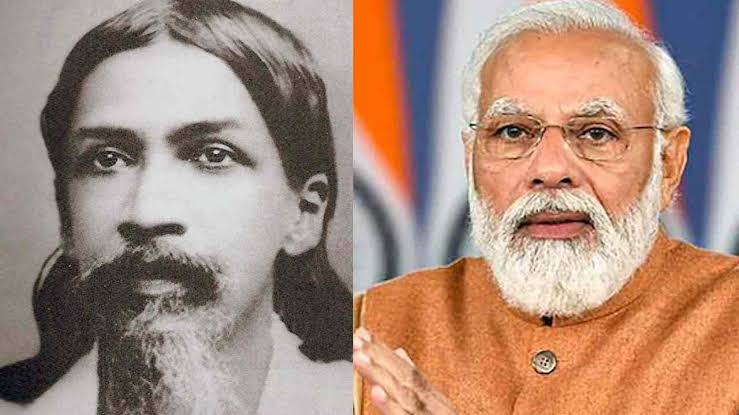 The Ministry of Culture is planning to celebrate the 150th birth anniversary of Sri Aurobindo in a big way. The government has constituted a High Level Committee for the said purpose which was notified on December 20.

Prime Minister Narendra Modi chaired the first meeting on the High Level Committee on December 24 to take stock of the roadmap of the preparations.

He added, “It is the responsibility of India as a spiritual leader of the world to contribute in terms of spiritualism to nations across the globe. 150 universities across the country should be involved in writing papers on different aspects of Sri Aurobindo’s life and philosophy and the 150 papers to be published on the occasion.”

PM Modi suggested that the commemoration celebrations of Sri Aurobindo should be launched from Puducherry. This will coincide with the celebration of National Youth Day.

This will serve another purpose of encouraging youngsters to visit Puducherry and learn about life and philosophy of Sri Aurobindo who spent his life from 1910 to 1950 in Puducherry.

“The Prime Minister fondly recalled his discussions and deliberations as Gujarat Chief Minister with Shri Kireet Joshi, who was a disciple of Sri Aurobindo. He said that these discussions enriched him with the thoughts of Sri Aurobindo, which were deeply reflected when he was working on preparing the National Education Policy. The Prime Minister stated that the literature of Sri Kireet Joshi on Sri Aurobindo should be disseminated widely across the world,” a press release issued by the Ministry of Culture said.