Liverpool started brilliantly and took a deserved lead after 17 minutes when Diogo shot Jota Salah from close range. The hosts could have almost doubled their lead with quick chances but Salah, Luis Diaz and Jota all failed. to hit the target. 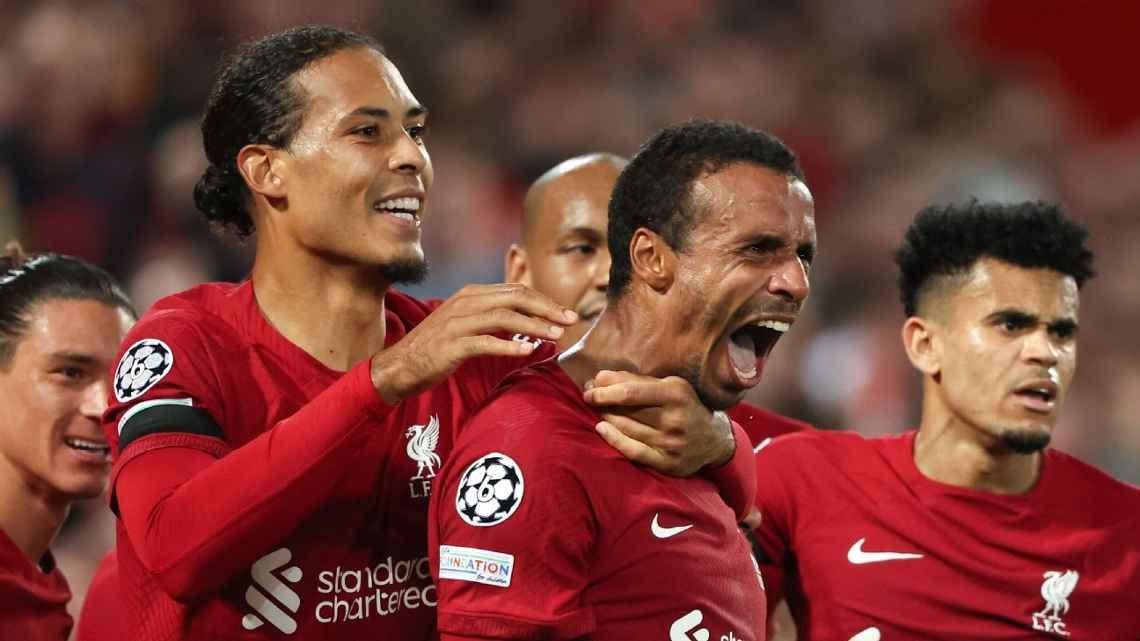 Joel Matip struck in the 89th minute to give Jurgen Klopp's side a much-needed victory after last week's 4-1 thrashing of Napoli. Mohamed Salah opened the scoring at Anfield but the visitors responded quickly with a beautiful goal from Mohammed Kudus. However, Matip's late header from a corner gave Liverpool their first Champions League win of the season. "I had a few chances beforehand so I was happy to score," Matip told BT Sport after the game. "To be honest I wasn't sure if [was] but when When I saw the referee, the emotions ran high ."It was a long and tough game. We pushed the whole team, defended from the first second and then there was a happy ending for us .

Liverpool started brilliantly and took a deserved lead after 17 minutes when Diogo shot Jota Salah from close range. The hosts could have almost doubled their lead with quick chances but Salah, Luis Diaz and Jota all failed to hit the target. Liverpool were punished for their missed chances after 27 minutes as Ajax put together a beautiful move that ended with an impressive strike from Kudus to Alisson. The Premier League side responded well to the draw but Ajax goalkeeper Remko Pasveer rebuffed Virgil. van Dijk and Trent Alexander Arnold. Liverpool maintained their dominance in the second half but Ajax limited them to some clear chances.15 minutes from time, Ajax caught Liverpool at half-time and almost went ahead, but Daley Blind's close-range header went wide. Substitute Darwin Nunez got close late while Salah clipped the post with a deflected shot. The hosts nabbed the ball. Winner of the resulting corner through Matip's header to give them a precious victory. "It was very important to show a positive reaction," said Van Dijk in his post-match interview with BT Sport. "It's not easy to reverse, but it's a step in the right direction.