Sports News : Deepti Sharma's all-rounder performance, India made the lead in the series

India won in 38 overs. Team India had lost its 3 wickets till the score of 61. From here, captain Harmanpreet Kaur shared 62 runs for the fourth wicket with Harleen Deol and brought the team to victory. 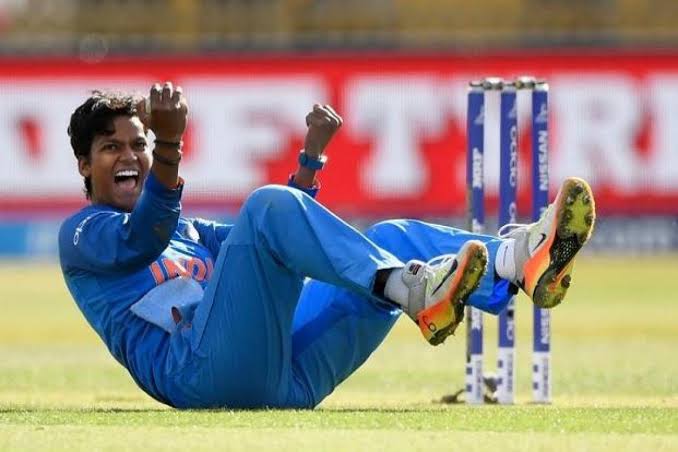 The match between the women's teams of India and Sri Lanka (IND vs SL) was played at Pallekele on July 1, in which India won by 4 wickets. With this, the Indian team has made a 1-0 lead in the series of 3 matches. Deepti Sharma scored an unbeaten 22 runs apart from taking 3 wickets.

After winning the toss, the Sri Lankan team was reduced to 171 runs in 48.2 overs. Nilakshi scored 43 runs for Sri Lanka, while Hasini Perera scored 37 runs. Apart from these, Madavi played an innings of 28 runs. Renuka Singh and Deepti Sharma took 3-3 wickets for the Indian team.

Harmanpreet Kaur was dismissed for 44 runs in 63 balls, while Harleen Deol scored 34 and Deepti Sharma scored 22 runs. Apart from these, Pooja Vastrakar scored an unbeaten 21 runs in 19 balls. Ranvira took 4 wickets for the opposition team, while Ranasinghe got 2 successes.