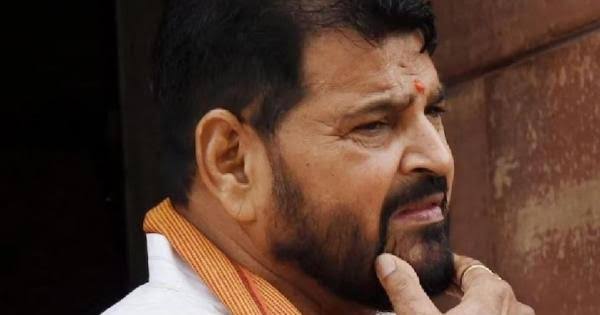 The Sports Ministry has issued an order canceling all day-to-day activities of the Wrestling Federation of India (WFI). Orders have also been issued to cancel the ranking tournaments of the players. At the same time Vinod Tomar, Assistant Secretary of Wrestling Federation of India has also been suspended. Let us inform that the wrestling championship which lasted for three days in Gonda started today itself but now this championship has also been cancelled. Wrestling Association President Brij Bhushan Sharan Singh was also present in organizing this game in Gonda. Brij Bhushan Sharan Singh has been accused of sexual harassment by women wrestlers.

Sources in the Sports Ministry said the presence of Vinod Tomar, assistant secretary of the Wrestling Federation, could affect the "investigation into the matter". The sources also said that the soon-to-be-formed monitoring committee of the ministry will have the authority to take all decisions on matters related to Indian wrestling. After a marathon meeting late on Friday, Sports Minister Anurag Thakur said the government has decided to set up a monitoring committee to look into the allegations leveled against Singh and the WFI by some of the country's top wrestlers, including Vinesh Phogat, Bajrang Punia, Sakshi Malik and Ravi. Have decided. Some wrestlers had alleged that Tomar took bribes from athletes and was involved in financial corruption, which helped him amass wealth worth crores.

"The Wrestling Federation of India has been informed on Saturday that in view of the government's decision to appoint a monitoring committee to look into various allegations made by athletes against the federation, all activities of the WFI have been suspended with immediate effect," the ministry alleged in the release. decided to suspend from This suspension will continue till the day-to-day functioning of the WFI is handled by the Monitoring Committee.