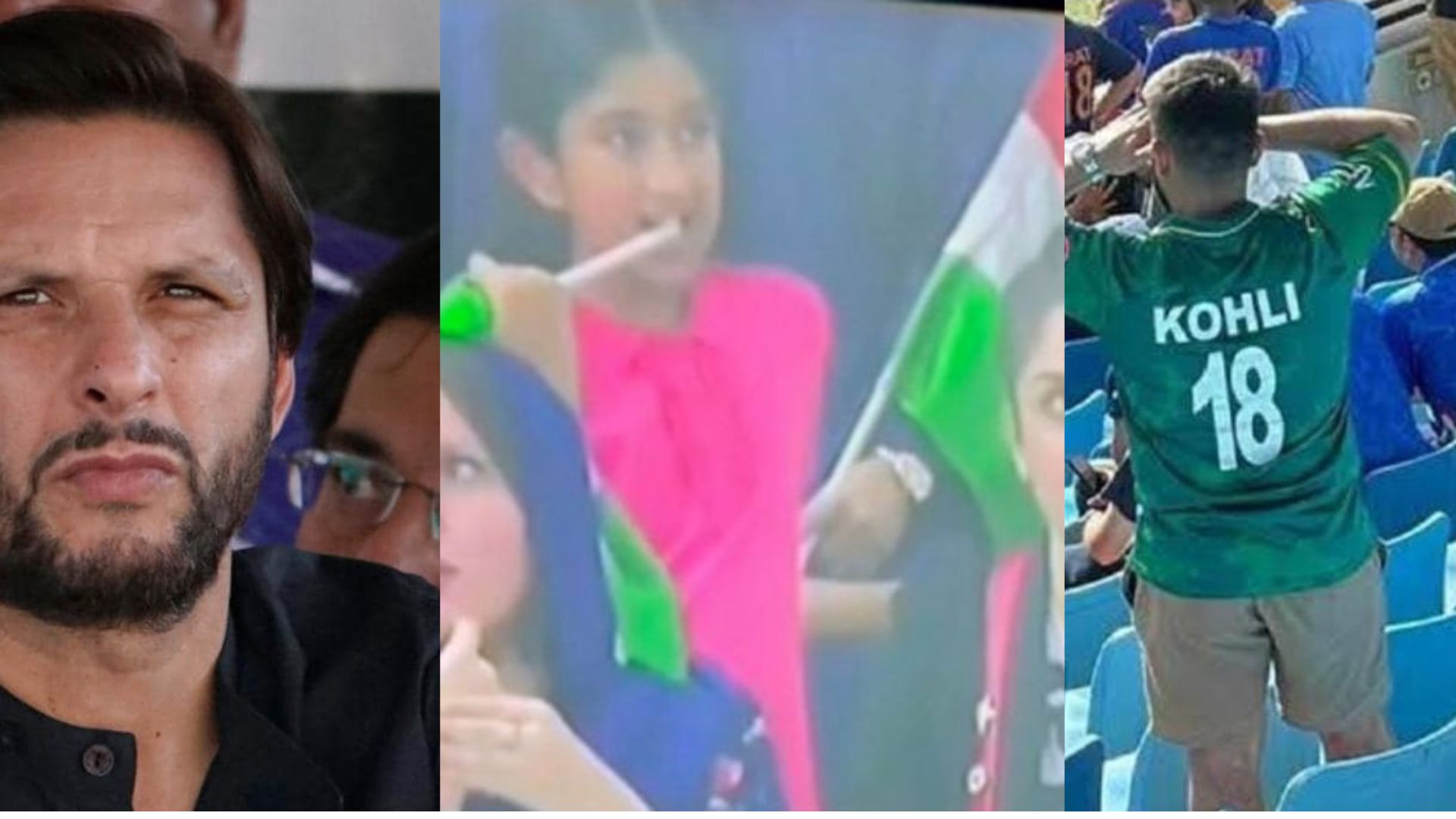 After every cricket match, one team emerges victorious, while the other receives a setback. However, a common sight after every match is the team members of both parties shake hands, and celebrate the spirit. Cricket, after all, is heralded a “Gentleman's Game” for a reason.

Veteran Pakistani Cricketer Shahid Afridi has been doing the rounds owing to his daughter waving the Indian National Flag at the highly anticipated match between India and Pakistan. In a world where division seems to be a prominent factor, this gesture here symbolizes why things like sports go beyond the confinements of Politics and hatred.

In the match at the Dubai International Stadium, Pakistan defeated India by five wickets. In the opener, India defeated Pakistan by five wickets. It is a game after all, and there can only be one winner. During the match, however, what touched everyone’s heart is the fact that Pakistani Cricketer Afridi’s daughter is waving the national flag. In an interview with Samaa TV, Afridi said, “Afridi said his family was at the stadium and his wife informed him that the crowd was 90 percent Indian and only 10 percent of the spectators were from Pakistan. My daughter could not find a Pakistani flag, and could only see an Indian flag. She waved the flag, which became viral on social media.”

A child, unaware of the facets of the world, was ecstatic merely at the thought of waving a flag. In another video, a Pakistani Child talks about Kohli and says, "he's our heart". Why then, the competitive spirits are turned into venom-spewing enmity? Doesn’t it promulgate a beautiful message of all of us being one? When adults fail, children lead the way. Maybe that's all we need, sports and children to get rid of this rivalry.

In another spectrum, a Pakistani man has been doing the rounds for wearing a Virat Kohli named Shirt. One thing seems common, sports, like arts, know no bounds. In an era, where a mere slip from the normal path and voila, one is deemed anti-national. Where preaching humanity becomes anti-patriotic, sights like this reaffirm the faith, that some things are beyond the containment of shallow politics.