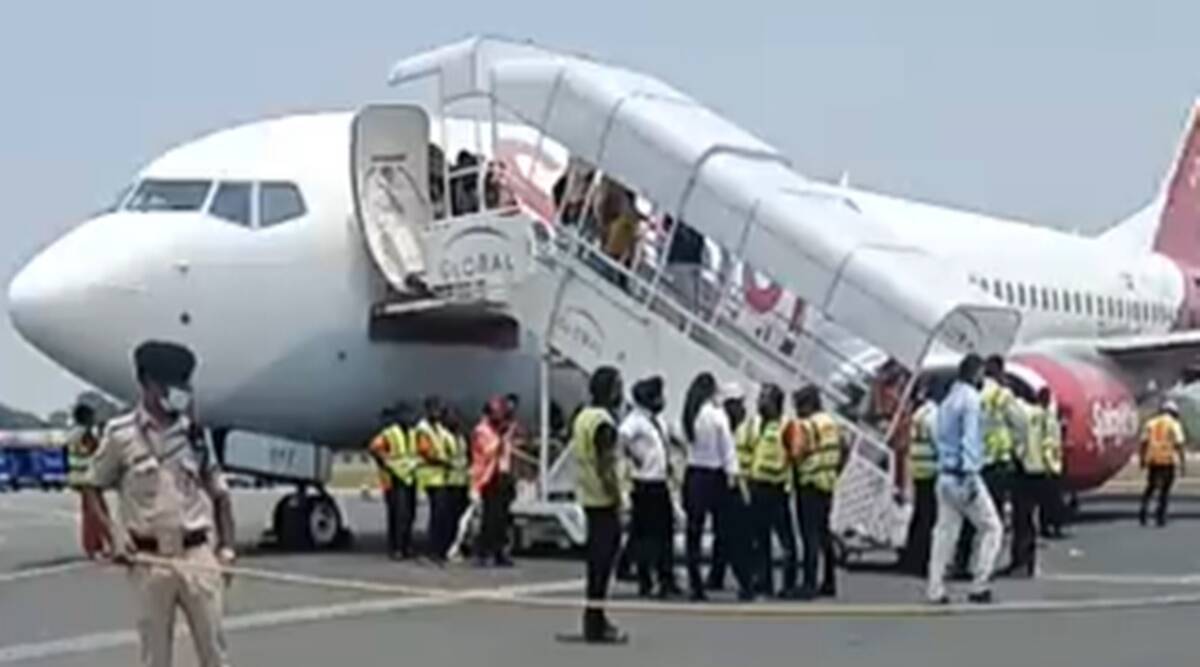 An emergency landing was made at Patna airport after the engine of the SpiceJet going from Patna to Delhi caught fire on Saturday. With the understanding of the pilot and aircrew, all the passengers have been safely ejected from the aircraft. According to the information received, the left engine of SpiceJet 737-800 aircraft carrying 191 passengers and crew caught fire due to the collision of a bird a few minutes after takeoff.

The fire was reported by locals, after which it was safely landed at Patna airport. According to the aviation regulator, the engine caught fire as a result of the bird collision, which was later shut down as per the procedure. No one is reported to be injured in the incident.

Patna DM Chandrashekhar Singh, who reached the spot after getting information about the incident, said, "The district and airport authorities were informed by the local people about the fire in the plane. At present, all the passengers have landed safely. The reason for the emergency landing of the aircraft is a technical fault. A team of Engineers is doing further analysis." Here, the Passenger's First-Person Account says that the pilots kept assuring them but all this happened i.e. emergency landing had to be done within 10 minutes.