Coming from a non-political but educational background, Arvind Kejriwal, the Chief Minister of Delhi, did less of politics and more of development, would be agreed by his worst critics. 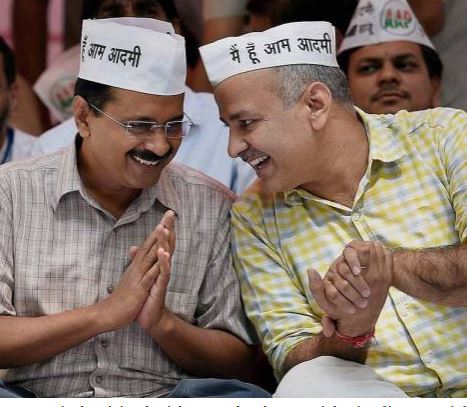 Work speaks for itself, has been proved no more than Aam Aadmi Party in the recent past. No wonder it made it to Delhi in its second innings too. This week has been lucky for the party again. AAP just won four out of five civic wards in Delhi in a civic bypollls, while Congress managed one and BJP couldn’t even open its account.

Blaming it on BJP’S “15 years of 'misrule”, the Delhi Chief Minister Arvind Kejriwal has moved on -- to do, what he knows best – education and development.

Coming from a non-political but educational background, Arvind Kejriwal, the Chief Minister of Delhi, did less of politics and more of development in Delhi, would be agreed by his worst critics. Despite accusations of his Sangh leanings, often seemingly true because of his various statements and actions in full media glare – from religious gestures to his silence on Shaheen Bagh protest case. He paid for it too. He experienced a good defeat in the minority-dominated Chauhan Bangar ward, where Chaudhary Zubair Ahmad of the Congress smashed the AAP’s candidate Mohammad Ishraq Khan by a massive margin of 10,642 votes.

But, the point I am making is, even if that’s quite an indicative of what minority feels about him, the hurt, in the long run, gets fazed. And the reason is, the development actions he takes in his constituency, and that what the people – fed up of political posturing to suit the current atmosphere repeatedly -- look for, in a leader, largely.  A symbolic gesture to suit the Centre, notwithstanding! You can fight the system while remaining in it, not as an outsider, is the hint, after all.

So, in this series of development, the AAP CM today has announced that the Delhi will now have its own School Education Board, like other states. The state government approved the formation of the Delhi Board of School Education during a cabinet meet.

What does it mean? Let’s understand this.

That means, the focus of the Delhi Board of School Education will be on understanding of concepts and personality development. The focus would be on learning by creativity and practicals than rote. What I understand by this is, it will demolish more 100-years-old Lord Macaulay’s system of education by rote, meant for producing only silent and submissive job seekers and employees, deprived of a voice and a sense of justice for oneself and society. Ironic though, if one goes back to his occasional gestures to suit the Centre!

But the CM himself assures, "The focus will not be on learning by rote. It will be on understanding and personality development," adding that students will be “assessed through the year and the education system will be based at par with international standards.”

This will certainly have a pressure on the students to perform, but perhaps, with lesser stress as their concepts would be clear. The CM is so assured of his success in the new board that he hopes that the “all schools will voluntarily get affiliated to this board within four to five years." To begin with, 20 to 25 government schools will be made part of the new state education board in the coming academic year, among 1,000 government schools and 1,700 private schools, in which all government schools and most private schools are affiliated to the CBSE. Clearly, in the new system schools’ CBSE affiliation will be scrapped.

The schools that will be brought under the state board will be decided after discussions with school principals, teachers and parents. Let’s recall that the Delhi government had formed two panels to prepare the scheme and framework for the formation of the state education board and curriculum reforms, last year in July. And the party had also announced its plans for “curriculum reforms” and “creating a new board of education for Delhi” in its annual budget.

Let’s again recall that his concept of “Happy School” in Delhi has gained immensely popularity though the government was also accused of showing up only the best few to the media where the concept could be followed, while the rest allegedly, have the same state of affairs.

Our dear Janata, always in a hurry to get without giving, needed to understand that Rome was not built in a day! They still do! I am a witness to his happy schools where I had met several teachers and students benefitting from the new system and securing high marks as compared to even expensive private schools. We have examples of parents withdrawing their children from the private school, for Sisodia-led government ones.

While the contents of the new system is still to be known, there is a less apprehension of its being any less creative and practical. All it also needs to focus on, is, that each student is different – some have logical minds some are more creative than the others —chefs, artist(e)s, musicians, writers, singers, et al. India should have a booming career options for them too, since the new curriculum speaks for an overall development, I am sure we won’t get stuck at film and fashion only, but all arts. The new system, we all hope, have much for the inherently creative genes too. Let’s not forget that they have been the worst sufferers during the covid-induced lockdown.