22-year-old Christ alias Arpan had to take to petty crime to fulfil his girlfriend’s demand. A resident of Sun Light Colony in Delhi, he didn’t have any source of earning so he resorted to crime such as mobile snatching. 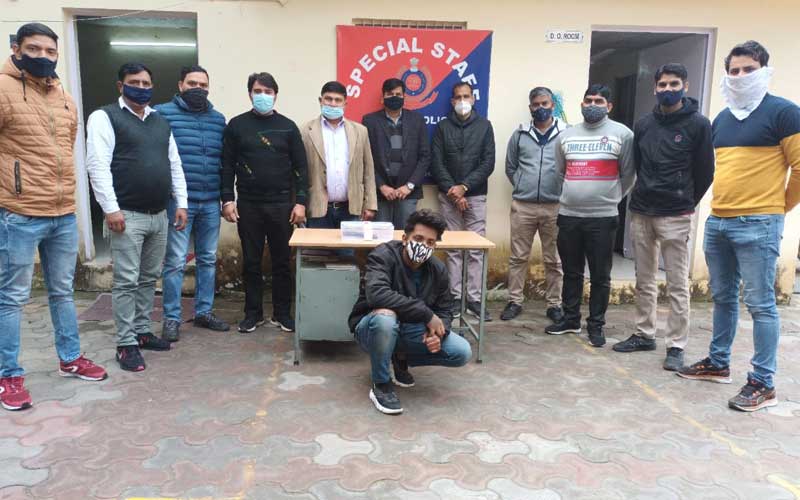 22-year-old Christ alias Arpan had to take to petty crime to fulfil his girlfriend’s demand. A resident of Sun Light Colony in Delhi, he didn’t have any source of earning so he resorted to crime such as mobile snatching.

He had been snatching people’s mobiles and selling them in the market till the time he didn’t get caught by the Anti Snatching Cell of the South West District.

A team comprising Sub-Inspector Mukesh, Assistant Sub-Inspector Krishan and Bachchu Singh; Head Constables Yogender and Krishan; and Constabels Nandkishor, Naveen and Ravinder succeded in in him. One loaded Country made Pistol and two snatched mobile phones were recovered from the possession.

On December 22, 2021, a case of snatching was registered at police station Safdarjung Enclave, New Delhi on the statement of a lady victim.

The complainant alleged that she works as a billing operator in Garg Grocery store, Yusuf Sarai, Delhi, and when she was going to her office, one boy came from behind on a bike, snatched her mobile phone and ran away.

The accused receiver disclosed that the mobile was snatched by his friend Christ@Arpan.

On January 19, 2022, accused Christ @ Arpan was nabbed by the anti snatching cell in the jurisdiction of police station Kishangarh. During the search of the accused one loaded Desi Katta with one live cartridge and two snatched mobile phones were recovered from his possession.

In this regard, a case under Arms Act and other relevant sections has been registered at police station Kishangarh.

“During sustained interrogation accused Christ@Arpan disclosed that he is native of Delhi by birth. He is a school dropout of 9th standard and fell down in bad company and started smoking and drinking. He has a girlfriend and started snatching to fulfil his girlfriend’s demand,” Sharma said.

He added, “Earlier, he used to sell snatched mobile phones to one Manish@Killar, but when he was caught by the police he started selling mobile phones to people on the way. The accused mostly do mobile snatching because mobile phones are easily sold. He is previously involved in 16 cases of Robbery, Snatching and theft.”

Concerned authorities are being informed regarding the arrest of the accused and further investigation of the case is in progress to affect more recoveries.