Passengers will soon be able to pass through airport security without keeping laptops, phones, and chargers in separate trays. This will reduce congestion at airports. 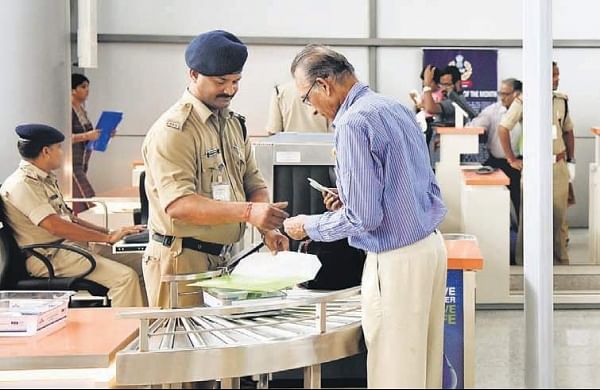 New Delhi: Passengers will soon be able to pass through airport security without keeping laptops, phones, and chargers in separate trays. This will reduce congestion at airports. News to this effect has come on Wednesday. According to the newspaper The Hindu, the aviation security watchdog and the Bureau of Civil Aviation Security (BCAS) is set to issue an order within a month, under which speedy checks will be done through modern equipment without removing electronic components.

The new baggage scanners already in use at many airports in the US and Europe do not require passengers to remove their electronic devices or jackets.

An official of the Union Civil Aviation Ministry was quoted by the Hindustan Times newspaper last week as saying, "Our aim is to screen and deboard passengers faster with better security equipment."

Due to the huge jump in the number of air passengers last week, it was difficult to maintain the system. After this step was taken. Due to heavy rush, some of the busiest airports in the country felt the need for more staff and security equipment.

Passengers queued for hours at the main domestic and international terminals of the Indira Gandhi International Airport in Delhi to go through check-in and security checks. This caused some flight delays.

Civil Aviation Minister Jyotiraditya Scindia visited the airport and said that more X-ray machines should be installed in Terminal 3 and additional staff should be deployed.