Sonu Sood: Fan made a painting of Sonu Sood with blood, the actor tweeted

A fan has gifted him a painting made up of his blood.The actor has given his reaction on Twitter. 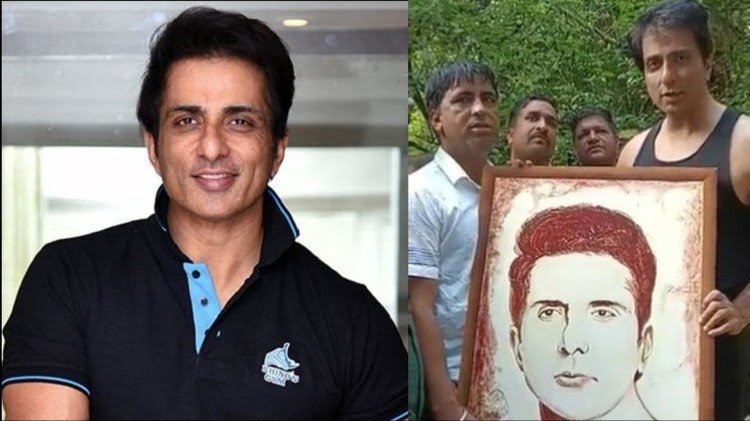 Actor Sonu Sood has emerged as a helper of people since the time of Corona epidemic. He is not only known for his acting on screen, apart from this he has also become very popular due to his good works. He often meets people at his home and extends all possible help to them. That's why fans also keep doing something new to show their love. Now one such fan has gifted him a painting made of his blood. Now the actor has given his reaction on Twitter.

Sonu Sood has tweeted a video from his Twitter, in which an artist is seen presenting his painting to him. It can be heard in the video that Sonu Sood says that this is a very talented artist, Bhai Saheb has made a painting of me. With this the actor says that 'this is what you have done wrong that you have made a painting with blood'. On this, the fan can be heard praising him and says that he can do anything for the actor.

Actor Sonu Sood has expressed his gratitude to his fan by sharing the video but at the same time he has asked the fan to donate blood instead of painting like this. Sonu Sood tweeted and wrote- "Donate blood my brother don't waste your time by making my painting with blood. Thank you very much". His answer once again won the hearts of the fans and users are seen praising him.