Sonam Kapoor’s sister Rhea Kapoor tied the knot with Karan Boolani recently. The actress was in tears during the wedding ceremony. 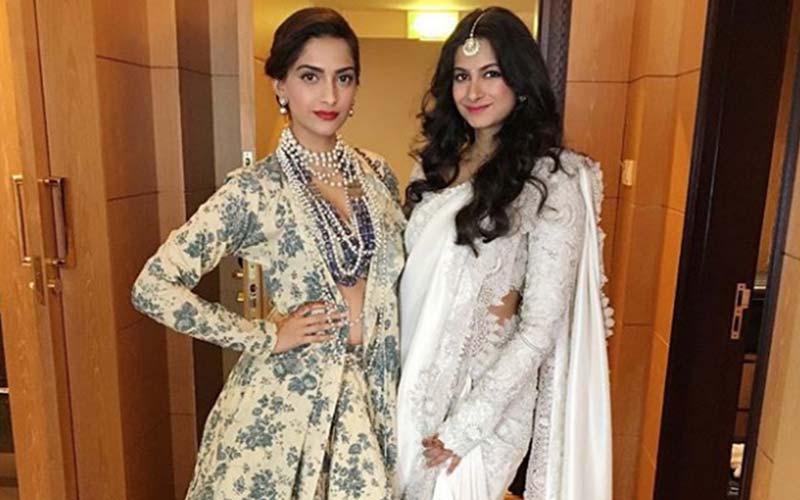 Sonam Kapoor's sister Rhea Kapoor recently got married to her longtime boyfriend, Karan Boolani. The wedding was held in Mumbai in the presence of family and close friends. Rhea looked drop-dead gorgeous as a bride, and everyone in the Kapoor family was full of joy. For Sonam, it was an emotional day to see her lovely sister and best friend getting everything she wanted.

Recently, Sonam Kapoor shared pics on her Instagram pics from the wedding ceremony. In one pic, she showered praises on her brother-in-law Karan Boolani. In another post, Sonam shared multiple pics with her husband, Anand Ahuja. In one of the pics, Kapoor is in tears during Rhea Kapoor's wedding.

For the first pic, Sonam wrote the caption, "You’ve always been family. Your friendship is even more important than your title of being my brother in-law. But I’m so ecstatic that you are! Love you @karanboolani".

"#everydayphenomenal", read the caption of her pics with husband Anand Ahuja. In one pic, Anand is standing behind his wife and holding. Sonam looks quite emotional on her sister's wedding day.

Check out the pics below:

After her wedding, Rhea Kapoor wrote a long post, expressing her joy of getting married to Karan. She also thanked her family members for being a part of her big day.

Rhea wrote, "12 years later, I shouldn’t have been nervous or overwhelmed because you’re my best friend and the best guy ever. But I cried and shook and had stomach flips all the way through because I didn’t know how humbling the experience would be. I’ll always be that girl who had to come home to juhu at 11 pm before my parents fell asleep. Only until now I didn’t know how lucky I was to feel torn. I hope we make a family so close that we have many, many loves of our life. Mine are @karanboolani @anilskapoor @kapoor.sunita @sonamkapoor and @harshvarrdhankapoor forever more. ❤️"