Old photos of Lana Del Rey's new boyfriend, Jack Donoghue, are currently circulating the internet, wherein fans are questioning the photos which include Donoghue tongue kissing a dog and his first cousin. 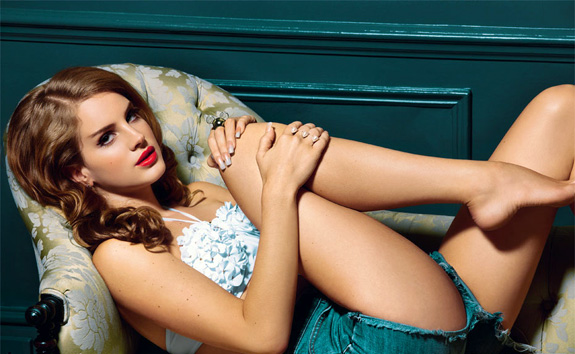 There was a time when our daily routine included scrolling over Lana Del Rey’s Profile, almost every day. Since the “Young and Beautiful” hitmaker has gone clandestine on Social, it has been difficult for us, to not have her glimpse, in one way or the other. This however was taken care of by Rey’s rumored boyfriend, Jack Donoghue.

Donoghue took to his Instagram and posted a picture with Lana, almost resting her head on his shoulders. The second picture has both of them standing outside Cook County Jail. The 33-year-old captioned, “Family Visit”, in a series of two pictures where Lana wore a beige-full sleeve top, paired with denim shorts, whereas Jack was all casual in a T-Shirt and Baggy Jeans. Officially, neither Lana nor Jack has given an official word till now.

Lana is sort of a big deal amongst her fans, and with this, Twitter almost exploded. While some fans were ecstatic with the fueling romance rumors, others shared old pictures and videos of Jack, smooching another man. Quite passionately, if we might add. According to a BUTT Magazine Interview, Jack’s fellow Salem band member John Holland claimed he's "hooked up a few times" with Donoghue, however, it never turned into a full-fledged relationship.

Old photos of Lana’s new boyfriend, Jack Donoghue, are currently circulating the internet, wherein fans are questioning the photos which include Donoghue tongue kissing a dog and his first cousin.

According to Daily Mail, Lana and Jack have been growing strong as they have a lot of things in common. In fact, the two even celebrated Jack’s birthday together. On the work front, Del Rey’s 8th studio album is set to release on July 27th.