Sidharth Shukla’s family shared an official statement with people today. In their statement, they have requested people to give them the privacy to grieve. 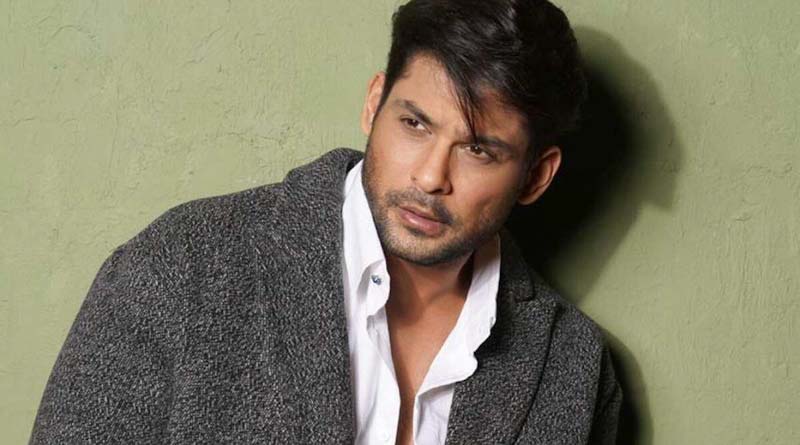 Sidharth Shukla passed away on September 2, leaving everyone heartbroken. His family, friends and fans are still coping up with the death news. As soon as the news came out, several fans started making speculations about the actor's death. Today, his family has released an official statement asking for privacy.

In the statement, Sidharth Shukla's family mentioned, "Heartfelt gratitude to everyone who has been a part of Sidharth’s journey and showered him with unconditional love. It definitely doesn’t end here as he now resides in our hearts forever! Sidharth valued his privacy, hence we request you to allow our family the privacy to grieve. A special Thank You to the Mumbai Police force for their sensitivity and compassion. They have been like a shield, protecting us and standing by us every minute of the day! Please keep him in your thoughts and prayers. Om Shanti – The Shukla Family."

Check out the statement below: 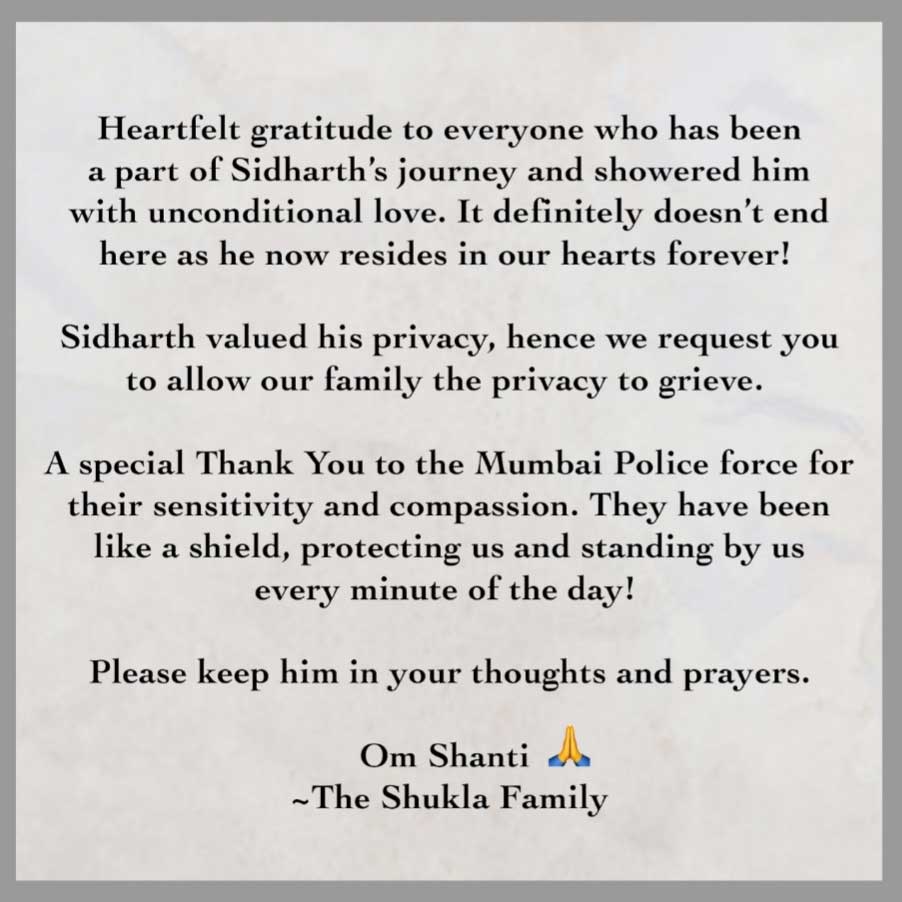 As per the reports, Sidharth Shukla suffered a heart attack and was taken to the Cooper hospital, where the doctor declared him dead on arrival. The actor conducted an autopsy for the entire night and revealed no internal and external injuries on his body. The last rites were conducted on September 3 in Mumbai.

A lot of TV celebs attended Sidharth's last rites. Shehnaaz Gill, who is completely shattered, was present all the time with the late actor's family. Celebs like Asim Riaz, Jasmin Bhasin, Aly Goni, Rahul Vaidya and several others paid their respect to the actor.