"Over 500 calls of...rape and death threats to me and family for over 24 hours. All numbers recorded (with BJP links and DPs)...handing over to Police," he tweeted. 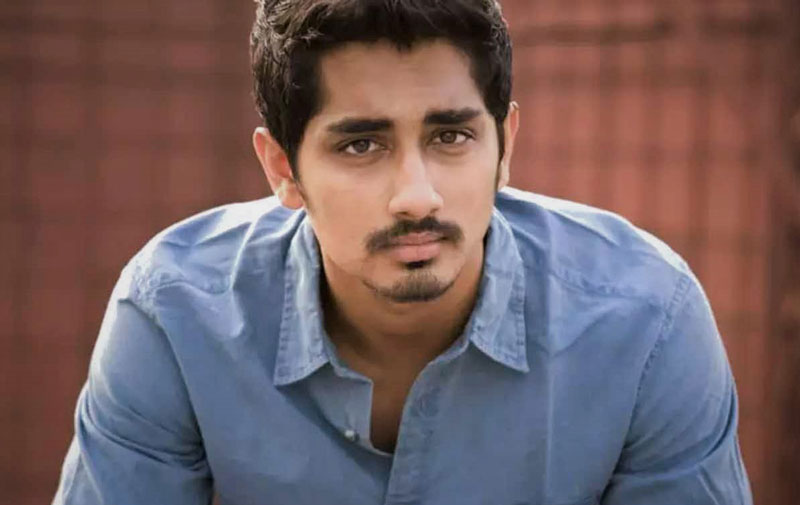 On Thursday, actor Siddharth accused members of the BJP's Tamil Nadu unit of leaking his phone number, and as a result of which he received several threats. The state president of the BJP's IT wing, on the other hand, refuted the allegation, saying, "None of the party members is involved in such an act."

Furthermore, Siddharth said that members of the BJP's Tamil Nadu unit had threatened him and his family for expressing his displeasure with the central government's handling of the Covid-19 pandemic. He was openly disdainful of the Narendra Modi government, alleging that the government's failure had put the common people in danger during the pandemic.

Siddharth said on Twitter that he has registered all calls and is handing them over to the police. He wrote, "My phone number was leaked by members of TN BJP and @BJPtnITcell. Over 500 calls of abuse, rape and death threats to me & family for over 24 hrs. All numbers recorded (with BJP links and DPs) and handing over to Police. I'm not going to stop talking. @narendramodi @AmitShah (sic) keep trying."

Siddharth also posted screenshots of the trolls on social media who blatantly threatened him. He wrote, "This is one of many social media posts by BJP TN members leaking my number yesterday and telling people to attack and harass me. "Ivan inimela vaaye thirakka koodathu" (this fellow must never open his mouth again) We might survive Covid. Will we survive these people? (sic)."

C T R Nirmal Kumar, the state president of the party's IT wing, responded to the actor's tweets by saying that party members had not been involved in such acts. The party's cadre had been given explicit orders not to react to any individual's tweets or opinions.

Siddharth has been outspoken in his criticism of the ruling BJP government. The actor has recently berated the ruling party for its handling of the Covid crisis.