After being arrested from Meerut, in the evening, the Noida Police Commissioner told in a press conference how Shrikant kept escaping from the hands of the police for almost four days. 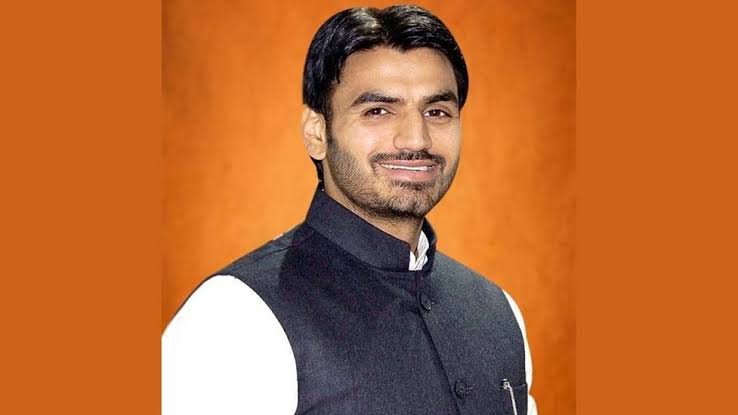 Surajpur Court has sent Shrikant Tyagi to 14 days judicial custody. Shrikant is accused of indecent and assaulting a woman in a society in Noida. He was arrested from Meerut on Tuesday. Srikanth was absconding since August 5. 12 teams of police were engaged for his arrest.

After being arrested from Meerut, in the evening, the Noida Police Commissioner told in a press conference how Shrikant kept escaping from the hands of the police for almost four days. He told that during this time Srikanth tried to go to the airport. Tried to take shelter in Lucknow. He kept changing cars and phones so that he could be saved from the hands of the police. Not only this, he himself kept silence on the phone etc.

The police have also caught his helpers along with him. Earlier it was also reported that a sticker of MLA has also been put on one of Shrikant's cars. In the initial interrogation of the police, Shrikant himself told him that this sticker was given to him by the present SP leader Swami Prasad Maurya. Police is probing his claim.

After the arrest of Shrikant Tyagi earlier in the day, the people of Tyagi Samaj also came in his support between Noida and Meerut. He held a large gathering in Gejha village of Noida and accused the police of harassing Tyagi's family. Shrikant Tyagi was fond of luxury vehicles and used to amaze people with these vehicles. Earlier, three luxury vehicles of Shrikant Tyagi have been seized by the police. The fourth car Fortuner, which has been taken over by the police, has got a sticker of MLA on it. The sticker is valid till the year 2023.