Delhi Police had recovered these bones from the forests of Mehrauli and Gurugram. The collected samples were sent to CFSL. All these bones were recovered at the instance of accused Aftab. Delhi Police has also received the report of Aftab's polygraph test. 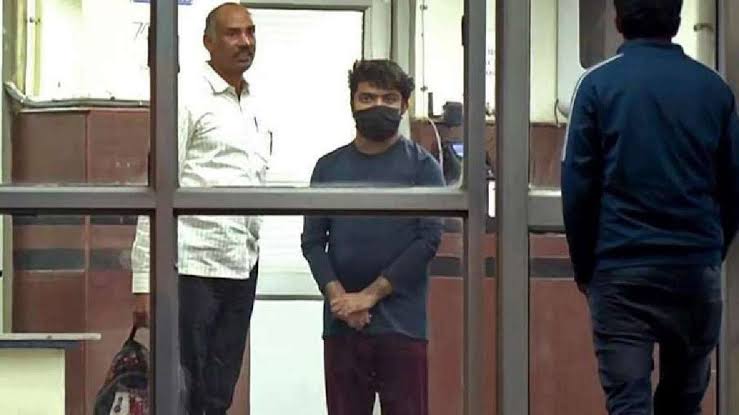 Aftab Poonawalla, accused in the country's famous Shraddha murder case, had filed a bail application in the Saket court today. The accused filed a bail application in court number 303, but the court has kept the bail application pending till Saturday. Now the matter will be heard on Saturday. Let us tell you that an important disclosure was made in this matter on Thursday itself. The DNA sample of Shraddha's father matched with the recovered bones. It is clear from this that the bones belonged to Shraddha. Delhi Police had recovered these bones from the forests of Mehrauli and Gurugram. The collected samples were sent to CFSL. All these bones were recovered at the instance of accused Aftab. Delhi Police has also received the report of Aftab's polygraph test.

Delhi Police sources had said on Thursday that two reports of DNA and polygraph have come. The third report of Narco is yet to come. It will be analyzed. Bodyparts will also be sent to AIIMS for post mortem examination. The DNA report has been received on Wednesday evening. Some clothes of Shraddha have been found, they have been sent for forensic examination from the jungles on the instructions of Aftab. On the basis of the report, some questions will be made and sent to the doctor, wherever the police have doubt, then answers will be taken from the doctors. The blood samples that were taken from the kitchen, bathroom and bedroom of the flat in Chhatarpur matched with Shraddha. CFSL has confirmed this in the blood sample report to the police.

In a press conference, Shraddha's father had said that he was told by the daughter in 2019 that she has to be in a live-in relationship with Aftab. For which he refused because he is a Hindu and the boy is a Muslim. Shraddha's father told the police that on our refusal, my girl Shraddha Walker said that I am 25 years old and I have every right to take my decisions. I want to stay with Aftab. She also said that from today onwards consider me as not your daughter.

My wife explained a lot to her but she did not agree. She left our house and went to live with Aftab. I came to know from his friends that they were together in Naya Gaon and then in Vasai Maharashtra. Shraddha used to tell her mother on the phone and told that Aftab used to quarrel with her.

Shraddha's father further told that after the death of my wife, I had spoken to her on the phone once or twice. He also told me that Aftab used to beat him. He told me the same thing face to face after about a month after coming home. I asked her to leave Aftab and come home but she went to Aftab. After this Shraddha's friends told me that nothing is good and they fight a lot. I did not talk to her because she never listens to me.