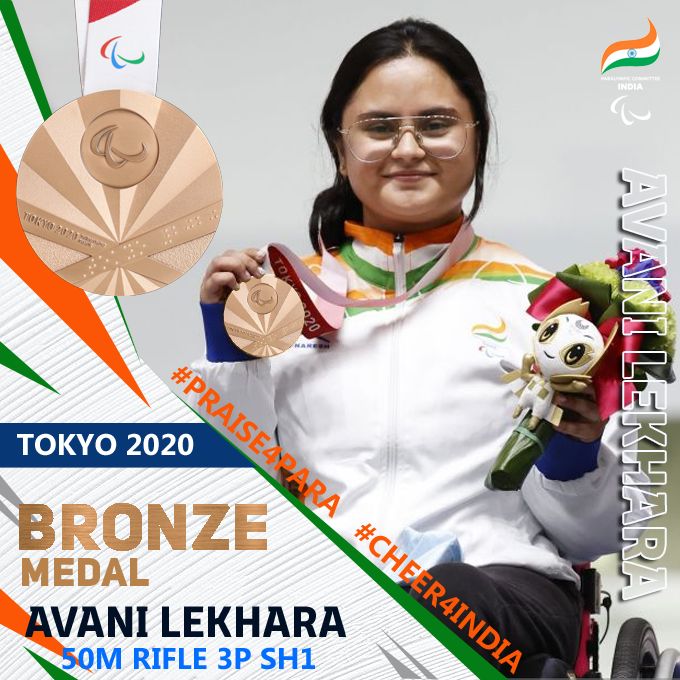 New Delhi: Shooter Avani Lekhara created history, by winning the Bronze medal in the  50M Rifle 3P SH1 event with a score of  445.9. She became the first athlete from India to bag Two medals In a Paralympic. She had earlier won a Gold medal by getting first place in the 10M AR standing shooting events with a Paralympic Games record score of 249.6. She had created history because before that no Indian Shooter has won a Gold medal in the shooting event of the Paralympics. Now, India has 12 medals in Tokyo Olympics.