Shock to Team India before the second Test: Captain KL Rahul is injured, Pujara can captain

Team India has suffered a major setback before the second Test match against Bangladesh. Captain KL Rahul got injured during net practice 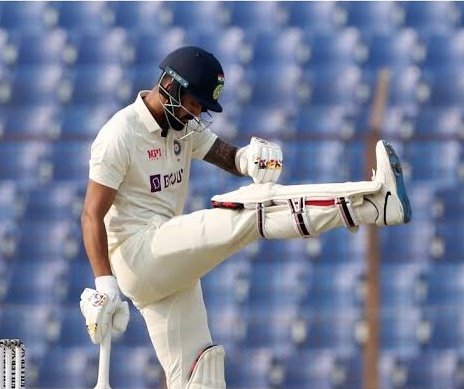 Team India has suffered a major setback before the second Test match against Bangladesh. Captain KL Rahul got injured during net practice. He may be ruled out of the Dhaka Test. If this happens then Cheteshwar Pujara can do the captaincy. Abhimanyu Easwaran may get a chance to open with Shubman Gill.

Earlier, the team's regular captain Rohit Sharma was ruled out of the Test matches due to a thumb injury during the ODI series. In his place, KL Rahul was captained in the first test.

Team India's batting coach from Bangladesh, Vikram Rathour, is still hopeful of Rahul playing. He said that Rahul's injury is not too serious and he can play the second Test. However, it will have to wait till the morning of the match. Then Rahul's injury will be assessed and only after that, a decision will be taken.

Rahul got this injury while playing throw-down during net practice. Incidentally, this throw-down was being done by batting coach Vikram Rathod himself. After this the team doctor came to Rahul.