Shivnath Express derailed in Chhattisgarh, Railways said that no one injured in the accident

The cause of the accident could not be ascertained. As soon as the news of the accident was received, top railway officials reached the spot and started relief and rescue operations. 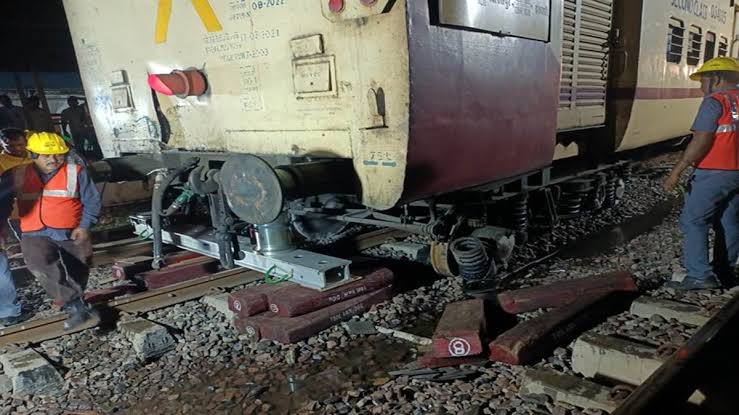 Railway officials said five wheels from two carriages derailed next to the train's locomotive at Dongargarh railway station at 3.42pm. m. last night. He said the train runs from Korba in Chhattisgarh to Itwari in Nagpur. According to officials, no one was injured in the accident. Food and snacks were provided to passengers. He said relief trains from Gondia and Itwari had been sent to the crash site.The affected coaches were removed and then the train went to Rajnandgaon and Itwari, the official said.

This is the second train accident in the last 12 hours. Earlier, an accident took place near Bhubaneswar railway station last night as well. Five coaches of a Vizianagaram-bound goods train derailed. According to sources, the accident took place at around 8.35 pm, when the train was on its way from Chakradharpur division to Vizianagaram via Bhubaneswar and Cuttack. The movement of many trains has been affected after this accident.