The agency has claimed that Sanjay Raut and his family have got a benefit of ₹ 1.06 crore which was more than 83 lakhs claimed earlier. 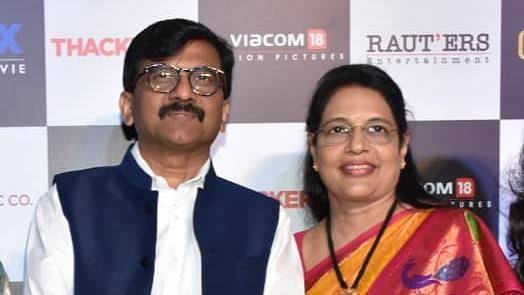 In the money laundering case, Varsha Raut, wife of Shiv Sena MP Sanjay Raut, appeared in the ED office. Varsha Raut, wife of Shiv Sena MP Sanjay Raut, who is facing charges in the Patra Chawl scam, was summoned by the ED for questioning. ED officials will interrogate Varsha Raut today. It is also being said that ED can interrogate Sanjay Raut and his wife face to face. In the Patra Chawl scam case, the Enforcement Directorate i.e. ED had taken Sanjay Raut into custody a few days ago after interrogating him. After this he was arrested. After this, the Enforcement Directorate has said that the case in which Shiv Sena leader Sanjay Raut has been arrested is a scam of ₹ 1,000 crore in Patra Chawl redevelopment project.

The ED said in the court that how 1 crore 6 lakh came in the account of his (Sanjay Raut) and family and how much was spent on foreign tours. ED has found some papers in the raid, which shows that Sanjay Raut was given a certain amount every month by Praveen Raut. According to the ED, the land was bought in Alibaug with the money received from Praveen Raut.