Sherlyn Chopra Says She Was Asked About Her ‘Sambandh’ With Raj Kundra; Slams Rakhi Sawant

Sherlyn Chopra was questioned on Friday in connection with the Raj Kundra case. She was asked about her relationship with Kundra. 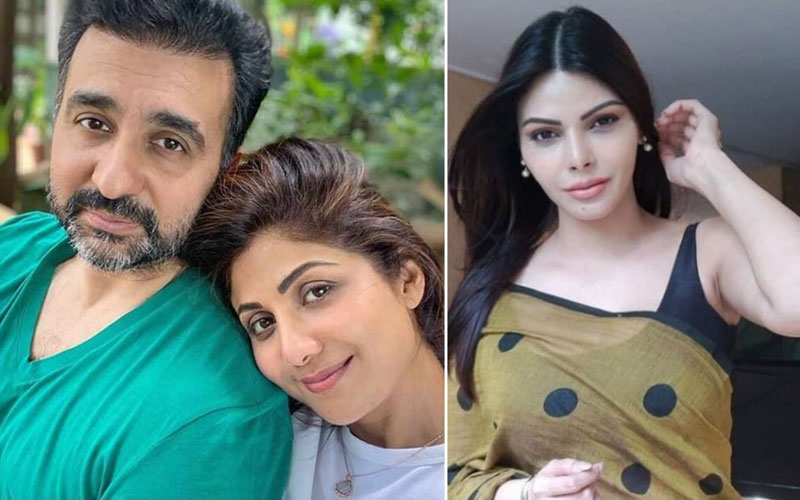 After her interrogation, Sherlyn Chopra spoke to the media, who gathered to get her statement. Chopra revealed to the media that she was asked about her 'sambandh' aka relationship with Raj Kundra. The actor-model was also asked about the number of videos she short for them.

As reported by Times of India, Sherlyn Chopra said, "They asked me about my agreement with Armsprime and what the terms and conditions of the contract were. They even asked about how many videos I shot with them and who all were a part of the content production. They also asked, 'Raj Kundra ke sath mere kaise sambandh the' and what about the other companies owned by him, 'do you have any information about them'?"

Chopra added that the whole day went by sharing information with the Mumbai Crime Branch. She even asked the officers if they have any more questions and how she wants justice for those women who are the victims of the pornography racket.

Sherlyn Chopra also slammed Rakhi Sawant for giving generic statements regarding the case. The actor-model said, “People like Rakhi Sawant, who come forward and say that Raj Kundra is this, Shilpa Shetty is that 'Jai Jai Kaar karte hain', should understand that they shouldn't make any generic statements without checking the facts."

A few days ago, Raj Kundra's wife and actor, Shilpa Shetty, broke her silence after getting trolled and blamed on the entire matter by some people and media houses. In her statement, Shetty said, "MY STAND… I HAVE NOT COMMENTED YET and will continue to refrain from doing so on this case as it is subjudice, so please stop attributing false quotes on my behalf."