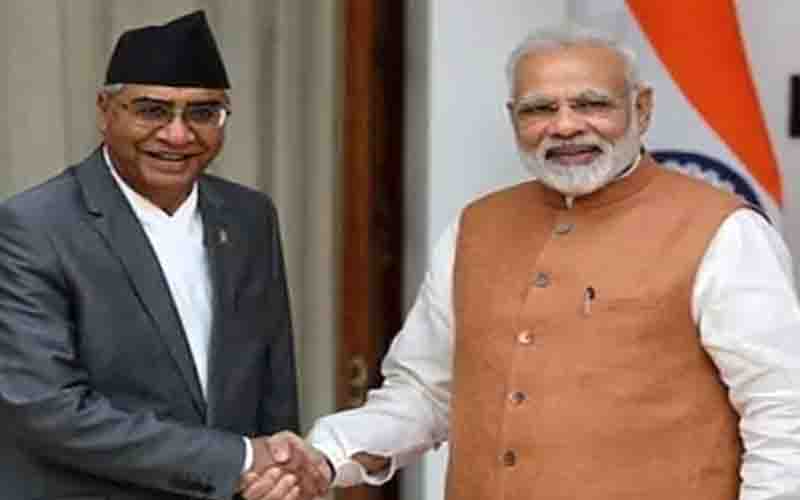 The Supreme Court of Nepal on Monday issued a major ruling ordering President Bidya Devi Bhandari to appoint Nepali Congress chairman Sher Bahadur Deuba as prime minister by Tuesday and restoring the House of Representatives for the second time in five months.

The court ordered Deuba to be appointed as Prime Minister by Tuesday. The court also ordered a fresh House of Representatives session to begin on July 18 at 5 p.m. According to Chief Justice Rana, the bench has determined that the party whip does not apply when MPs vote to elect a new Prime Minister under Article 76(5) of the Constitution.

Hearings in the case were completed last week by a bench consisting of four other senior justices: Dipak Kumar Karki, Mira Khadka, Ishwar Prasad Khatiwada, and Dr. Ananda Mohan Bhattarai. On May 22, President Bhandari dissolved the 275-member lower house for the second time in five months on Prime Minister Oli's proposal and called emergency elections for November 12 and November 19. Despite the uncertainties surrounding polls, the Election Commission set the calendar for mid-term elections last week.

Thirty petitions were filed in opposition to the President's dissolution of the House of Representatives. The Opposition parties' alliance filed one of the petitions, which included the signatures of 146 MPs, and demanded the return of the lower chamber of Parliament and the appointment of Deuba as prime minister.

On December 20 of last year, President Bhandari dissolved the House of Representatives and ordered fresh elections on April 30 and May 10 on Prime Minister Oli's advice, following a power struggle within the ruling Nepal Communist Party (NCP).

The supreme court reinstated the dissolved House of Representatives on February 23, dealing a blow to embattled Prime Minister Oli's plans for hasty elections. Oli, who leads a minority government after losing a House trust vote, has justified his decision to disband the House of Representatives, claiming that some of his party's leaders were attempting to form a "parallel administration."