Shehzada Teaser: Karthik Aryan shares the first glimpse of 'Shehzada' on his birthday

Producer Bhushan Kumar of 'Shahzada' praised Kartik saying that he is a wonderful and meticulous actor. What better way to celebrate our very own prince. The first look is a treat for his fans. 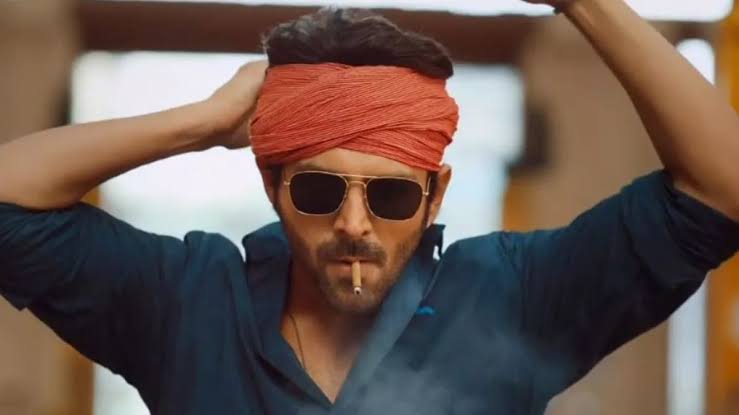 Karthik Aryan is celebrating his birthday today. On his special day, he has been receiving many wishes from fans, family and celebrity friends. On the other hand, the makers of 'Shehzada' have congratulated the actor in a different way to make his special day more special. The first look of the upcoming film 'Shahzada' has been released on Karthik's birthday. T-Series has unveiled the first look of Shehzada. Within a minute of the release of the look, it has been liked by more than one lakh people. Karthik has also shown a short video of 'Shehzada' as a birthday gift to the fans.

Kartik Aaryan's talent as an actor has grown 100 times since his viral debut. Today, his fans include not only the common film watchers but also producers and directors, including the makers of his upcoming film Shehzada. The producers including Bhushan Kumar, Allu Aravind, Aman Gill and others decided to launch the first look of the film on his birthday. Makers are not only making a film with him in this name, but they also consider him as today's prince in real sense.

Producer Bhushan Kumar of 'Shahzada' praised Kartik saying that he is a wonderful and meticulous actor. What better way to celebrate our very own prince. The first look is a treat for his fans.

The year 2022 was very good for Karthik Aryan. His film 'Bhool Bhulaiyaa 2' proved to be the biggest blockbuster film of the year after its release. The film received good response from beginning to end. Karthik Aryan, who is ruling the hearts of the youth, is going to appear in many films in the next few years. His 'Freddy' is going to release on Hotstar on 2 December. Apart from this he will be seen in the sequel of two hit films - Aashiqui 3 and Hera Phera 3. The film is a remake of Allu Arjun's movie 'Ala Vaikunthapurramuloo'.