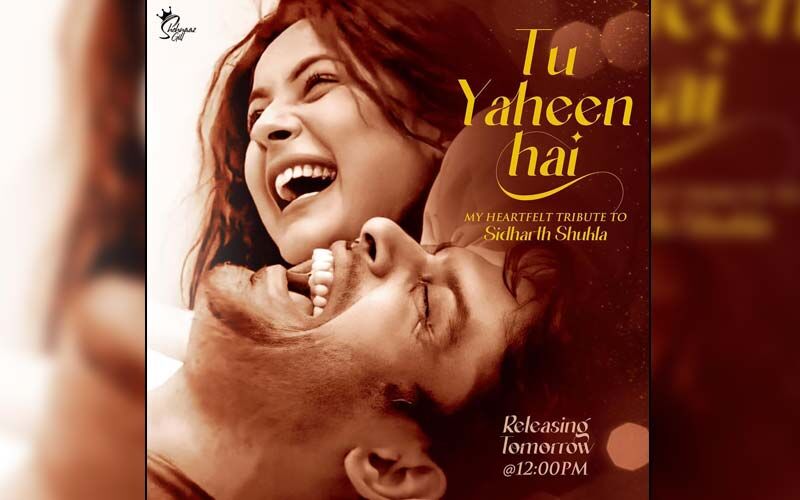 It has been around a month and a half since Sidharth Shukla passed away. His demise shook everyone and his loved ones are still in this loss. His close friend Shehnaaz Gill- the two met on Bigg Boss 13 had been grieving and avoided coming in the public glare all this while. But some wounds do not heal, we just learn to smile through the pain. It is difficult for Shehnaaz to overcome the loss, she decided to do her bit. She is ready to pay a musical tribute to Sidharth. The actress took to her social media as her first post since Sidharth passed away to announce the same.

The sources said Shehnaaz has been through a lot. The first thing she wanted to do for her friend, Sidharth, was to pay him a tribute that will be etched out in everyone’s memory. What better than recording a song that expresses her feelings? She has recorded a special song titled ‘Tu Yaheen Hai’. She also shot a video for the same. Along with featuring in it, the video might have some clips from Bigg Boss 13 featuring her and Sidharth.