Sharad Pawar was talking to reporters after meeting representatives of some Brahmin community organizations in Pune on Saturday. 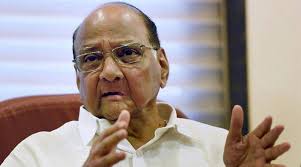 Nationalist Congress Party (NCP) chief Sharad Pawar on Sunday said his party would support Sambhajiraje Chhatrapati or any other candidate chosen by the Shiv Sena in the elections to the six Rajya Sabha seats in Maharashtra.