Chaudhary Anil Kumar, President of Delhi Pradesh Congress Committee has challenged the Aam Aadmi Patry’s liberalised Excise Policy, under which, the state government has lowered the liquor consumption age from 25 to 21. 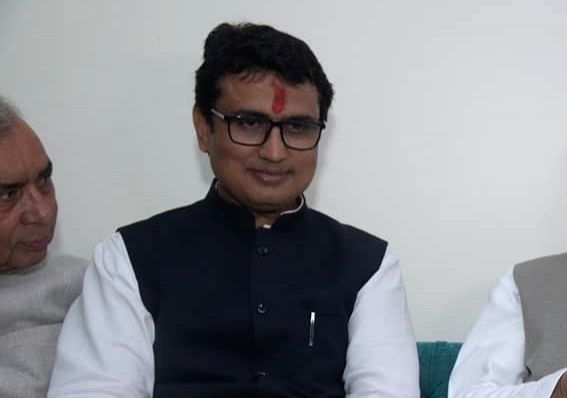 Chaudhary Anil Kumar, President of Delhi Pradesh Congress Committee has challenged the Aam Aadmi Patry’s liberalised Excise Policy, under which, the state government has lowered the liquor consumption age from 25 to 21.

Kumar has launched a campaign, #SharabNahiRozgarDo and asked the state government to create jobs for youths and take measures to ensure people’s livelihood instead of making them addicted to liquor.

“The new Excise Policy will make Delhi "Nashe Ki Rajdhani" (City of Intoxication), and destroy the unemployed youth. The latest Covid restrictions have robbed lakhs of the youth of their jobs and shrunk the job market, but the liquor vend network has expanded hugely as Delhi now boasts of 849 liquor shops, with at least three liquor shops in every ward,” Kumar said in a statement released to the media.

He added, “The Congress campaign will be run on all social media platforms, including Facebook and Twitter. It was shocking to learn that Delhi's 18 Assembly constituencies, which together had only 5 liquor shops earlier, have now 216 liquor vends, as shops have been allowed to open everywhere, flouting all norms, rules and regulations. Liquor will flow like water henceforth, and will be available round the year, including on religious festival days like Chhat Puja, Holi, Deewali, Guru Nanak Jayanti, Ravidas Jayanti, Eid, Bakhrid and other pious festival days.”

He criticized the Arvind Kejriwal government for anti-people policy and said that while the late Prime Minister, Bharat Ratna Rajiv Gandhi had empowered the youth by giving them voting rights, Kejriwal has given them drinking rights at a very young age.

“Delhi Congress workers have been protesting against the opening of liquor shops in residential areas, near educational institutions and places of worship, and forced the closure of many such shops. I myself had joined the people's protest at a liquor vend near Deputy CM Sisodia's office,” he said.

Kumar added, “Congress will intensify its protest till all the illegal liquor shops are shut, and it will not allow Arvind's bid to hand over Delhi to the liquor mafia. Chief Minister Arvind has neglected Delhi even when Covid toll and infection rates were rising sharply, and demand for Oxygen beds and ICU beds was scaling up, as Arvind accorded priority for political campaigns in Punjab, where he has ironically promised to make the State "Nasha Mukt"!”