On Wednesday, Hardeep Singh Puri announced that the Rohingya Refugees will be shifted to New Delhi's EWS Flats, to which netizens, especially BJP Supporters have expressed their backlash. 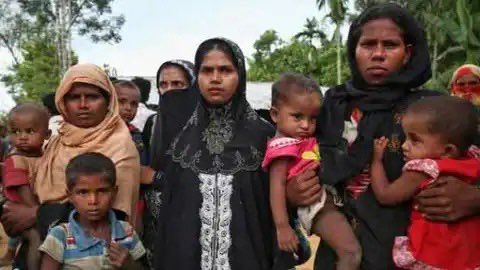 On Wednesday, Hardeep Singh Puri announced that the Rohingya Refugees will be shifted to New Delhi's EWS Flats, to which netizens, especially BJP Supporters have expressed their backlash. Earlier today, Puri tweeted, "India has always welcomed those who have sought refuge in the country. In a landmark decision, all Rohingya Refugees will be shifted to EWS flats in the Bakkarwala area of Delhi. They will be provided basic amenities, UNHCR IDs & round-the-clock Delhi Police protection.

On the matter, AAP Leader Naresh Balyan said, On one hand, these BJP people are settling Rohingyas by giving flats, on the other hand, BJP IT cell tells Kejriwal that you give facilities to Rohingyas. Devotees become happy in this lie. The devotee is a mental slave. What is hypocrisy? Can anyone be as shameless as the BJP?

A Twitter User wrote, "What a disgrace this government is! Splurging on illegal refugees while our own people who are refugees in our own country continue suffering in camps. Shame!" Another user wrote, "Even country like Bangladesh has taken stronger stand on Rohingyas than India . What a shame this BJP govt is turning out to be ! With this mindset we want to be Vishwaguru?! #Rohingya.