In a television debate, on Shivling being called a mere fountain, Nupur Sharma gave Religious Slurs, following which she was booked by Mumbai Police. 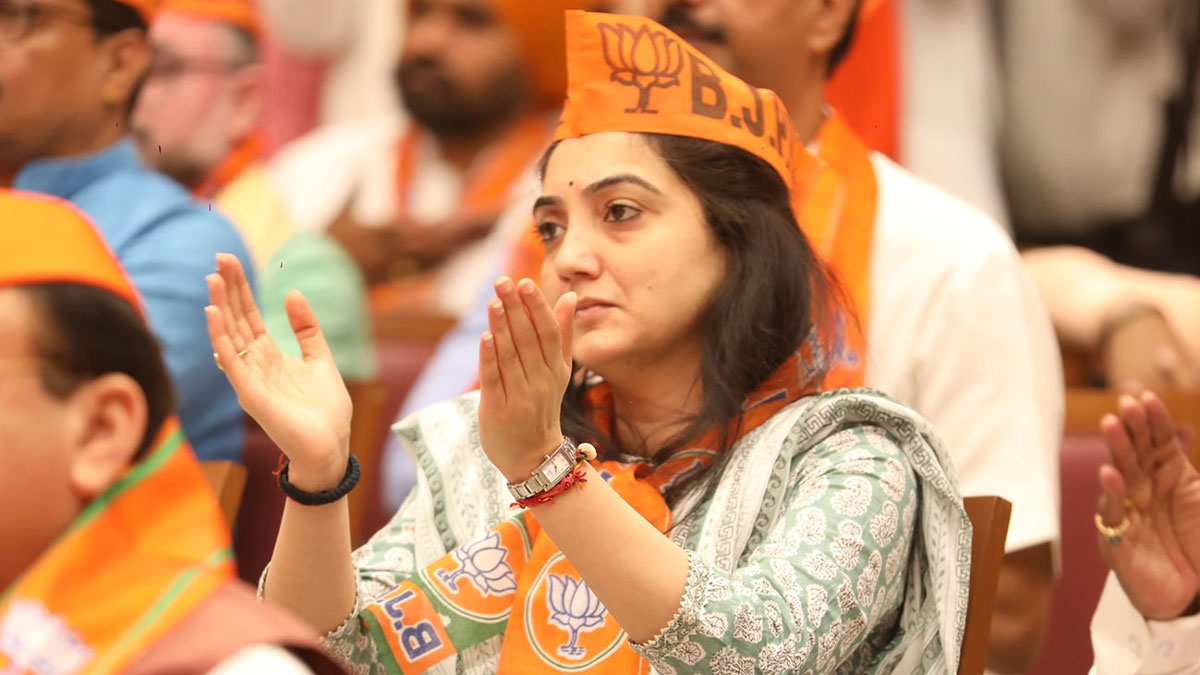 Television Network Times Now along with Prominent Anchor Navika Kumar and BJP Spokesperson Nupur Sharma have been doing the rounds on Social Media after the channel and Kumar have been accused of spreading Hate Mongering and division of the country based on Religion. Following this #ShameonTimesNow has started trending on Twitter.

Islamists earlier claimed that the Shivling discovered inside the wuzukhana of the disputed Gyanvapi structure was not a Shivling but a mere fountain, and on the matter, BJP Spokesperson Nupur Sharma got indulged in a heated debate.

In a television debate, on Shivling being called a mere fountain, Nupur Sharma took it upon herself and said, “They can call it a favara (fountain) as much as they want to, Should I start mocking claims of flying horses or the flat-earth theory as mentioned in your Quran? You are marrying a 6-year-old girl and having sex with her when she turned 9. Who did it? Prophet Muhammad. Should I start saying all these things that are mentioned in your scriptures, Should I make a joke on that?”

After this, Sharma has received various threats by the Radical Islamist groups who even threatened to behead her."

Sharma was later booked by Mumbai Police for delivering "Hate Speech", wherein she made religious sluts on Prophet Mohammad. The Pydhonie police registered an FIR on charges of hurting religious feelings, promoting enmity, and causing public mischief based on a complaint by Raza Academy.

After this, Times Now took to their official Twitter handle and wrote, “ Views expressed by the BJP Spokesperson on Newshour@9 last night are her personal views. TIMES NOW does not endorse the views of participants. We urge participants in our debates to maintain restraint and not indulge in unparliamentary language against fellow panelists.”

The debate, however, gave rise to tremendous users calling it bigotry and mentioning, why is it blasphemy when Nupur Sharma says so, but completely alright when Zakir Khan promulgates the same.