In the Uttar Pradesh district of Shahjahanpur, a debt-ridden pharmacist committed suicide by hanging himself and his entire family. The authorities discovered a suicide note from the scene, which reveals that Gupta was suffering financial difficulties. 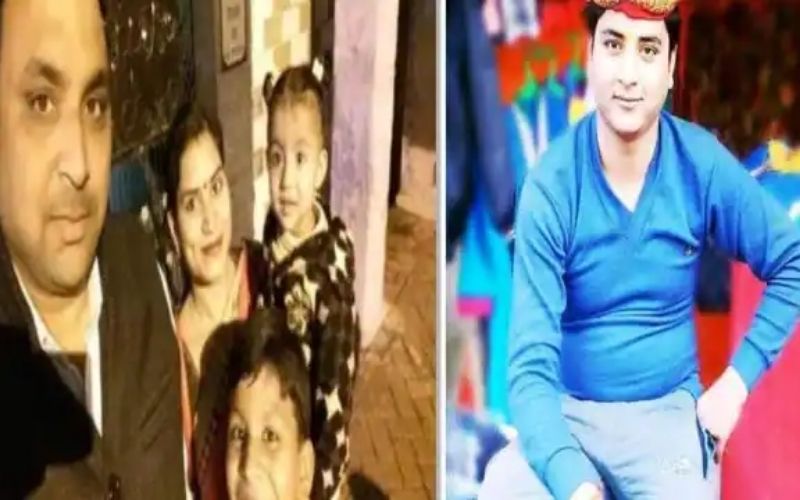 In the Uttar Pradesh district of Shahjahanpur, a startling case has surfaced. In the district's Chowk Kotwali neighbourhood, four family members committed suicide by hanging themselves. The bodies of four members of the family were discovered hanging from the noose.

Avinash aka Akash, the usurer responsible for the death of Pharmacist Akhilesh Gupta and his family in Shahjahanpur, has been taken into custody by the police, and is under interrogation. Although the police have officially denied the arrest of Avinash.

Reportedly, Gupta, of Mohalla Kachha Katra, Shahjahanpur, borrowed ₹12 lakh from Avinash alias Akash Bajpai, of Marhaiya Mohalla of Kant, Shahjahanpur, three years ago at 6% interest. Avinash has already recovered ₹37 lakh from Akhilesh Gupta by earning interest on the money owed to him. Even after that, Avinash demanded an additional ₹70 to 75 lakh. In the event that he could not pay the money, Avinash was given Akhilesh Gupta's residence in his name. He was now threatening to take control of the house.

The usurer Avinash arrived with his thugs on the evening of June 6 and told Akhilesh that he would take over the house by throwing your items out. Only after this did Akhilesh and his wife Rishu resolve to kill themselves and their children. Akhilesh and his wife Rishu put the medication in tea and gave it to the kids on Monday afternoon. When the youngsters passed out, they were hanged from the noose. Rishu and Akhilesh followed suit, hanging themselves one by one.

During this time, the authorities discovered three suicide letters in which Kant's usurper Avinash was blamed for the death. Dr. Ashok Gupta, Akhilesh's father, has launched a complaint against Avinash on the same grounds. The police entered his house to arrest Avinash as soon as the case was written, but Avinash had already fled. During this time, the authorities detained and questioned Avinash's brother. Avinash was apprehended by the police after a night of hard labour. He is being questioned. Avinash's arrest has yet to be formally denied by the police.

Notably, Financial difficulties and debt have come as major factors in suicide. Police have reportedly discovered a suicide note at the scene, which they are investigating further. Further, The remains have been sent for a postmortem.

According to the police, the incident occurred in the Kachha Katra area of Chowk Kotwali. Akhilesh Gupta (42), a local resident, used to work in the medical field. When no one came out of the house on Monday, the neighbours went inside to check what was going on. Akhilesh Gupta, the family's head, was discovered hanging from the house's net on the terrace. Reshu (40), his wife, Shivank (12), his son, and Archita (6) his daughter, were discovered hanging from the window grill.