Moments after the Legendary Vijay Devarkonda posted a poster of his upcoming movie, netizens lost it, and rightfully so. 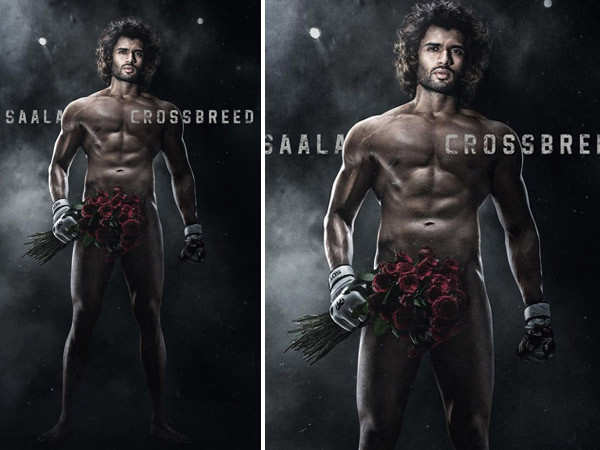 A major Pop-Culture phenomenon and you expect Twitter to calm down, Not Happening. Moments after the Legendary Vijay Devarkonda posted a poster of his upcoming movie, netizens lost it, and rightfully so. In the affiche, the Arjun Reddy Actor decided to go bare, leaving it on a bunch of roses to conceal his weenie. The abs-embossed actor becomes a spotlight for the poster, proudly demonstrating his toned biceps, wavy hair, and boxing gloves.

Liger marks Vijay’s Bollywood debut who is sort of a sensation in the South Indian Movie Market. Liger features Ananya Pandey in a lead role, along with Mike Tyson. The movie is being produced under the banner of Karan Johar. The movie showcases the journey of Vijay, who goes from being a tea vendor in Mumbai to become a professional boxer, competing in the US.

The actor took to his Twitter and wrote, “A Film that took my everything. As a performance, Mentally, and physically my most challenging role. I give you everything! Coming Soon.” The Twitter users went bonkers moments after the poster was released, so strikingly that #sexiestposterever started trending on the platform.