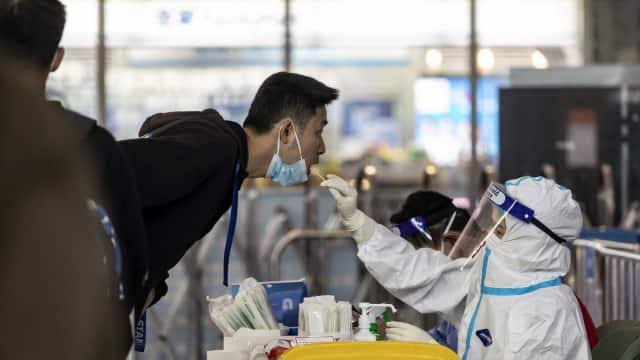 There was a stir in the health department after the corona was confirmed in seven more people in Bodh Gaya, Bihar on Monday. All the infected are foreign tourists. With this, the total number of infected has gone up to 11. In this, four people were found positive during the investigation on Sunday. Sanjay Kumar Singh, executive director of the State Health Committee, said that regular testing of corona is being done. Foreigners are also included in this. Foreign tourists who have been tested corona positive in Gaya have been kept in isolation. However, no symptoms have been found in them. All Corona positive foreign tourists are being monitored and their contact tracing is being done.

Last week, the Buddhist leader Dalai Lama arrived in Bodh Gaya on a month-long stay. He also visited the Mahabodhi Temple. The Dalai Lama is in Bodh Gaya for the Kala Chakra Puja, which will continue for a month. From 29 to 31 December, he is going to give spiritual speech. In such a situation, thousands of devotees from different countries have come to the land of Bodh Gaya. Out of these, RTPCR test was done to check for Covid infection on the complaint of cold and cough of 33 foreigners. After the investigation report came on Sunday, five of these foreigners have been found to be Covid infected. Remaining 28 foreigners have been found negative.

In view of the Corona situation, all the devotees coming to meet the spiritual master Dalai Lama during the Kala Chakra Puja in Bodh Gaya will also have to undergo RT-PCR test before now. After foreign tourists tested positive for COVID-19 in Bodh Gaya, the district administration has directed Dalai Lama Trust officials to compulsorily conduct COVID-19 test for devotees.