Malik is the head of the banned organization Jammu and Kashmir Liberation Front (JKLF). Malik was convicted by a Delhi court in May this year for financing terrorism. Malik was sentenced to several years' imprisonment and all the sentences are running concurrently. 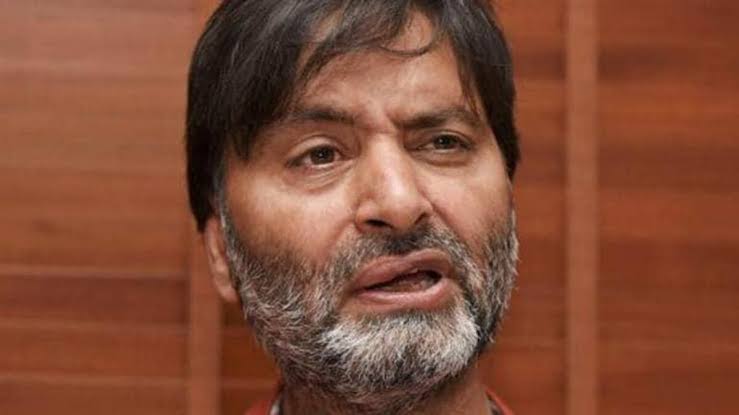 Separatist leader Yasin Malik of Jammu and Kashmir has sat on a hunger strike in Delhi's Tihar Jail. Is. Officials said on Saturday that Yasin Malik had filed a petition seeking physical appearance in a Jammu court in connection with the kidnapping of Rubaiya Saeed, but after getting no response from the government, he went on hunger strike. strike) started.

Yasin Malik is an accused in the case related to the kidnapping of Rubaiya Sayeed, daughter of the then Union Home Minister Mufti Mohammad Sayeed, on December 8, 1989. The jail official said that Malik had started the hunger strike on Friday morning. In the morning he refused to eat or drink anything despite repeated requests from the jail administration. His health is being monitored.

Yasin Malik, who appeared before a special CBI judge through video conference, had earlier said that he wanted to appear in person in a Jammu court in connection with the kidnapping of Rubaiya Saeed. Malik had said that if the government did not allow it by July 22, he would start a hunger strike. Malik is the head of the banned organization Jammu and Kashmir Liberation Front (JKLF). Malik was convicted by a Delhi court in May this year for financing terrorism.

Malik has been kept in a separate cell in Jail number 7 amid tight security. Malik was arrested in early 2019 in a terrorism funding case registered by the NIA in 2017. He was sentenced in May by a special NIA court. Earlier, thug Sukesh Chandrashekhar, lodged in the tight security Tihar Jail, was also on hunger strike for 17 days demanding additional meeting with his wife. Chandrashekhar is lodged in Jail No. Rubaiya Saeed was allegedly abducted by JKLF terrorists.