A bench of Justices A M Khanwilkar and Dinesh Maheshwari said educational institutions should be responsive to the problems people are experiencing as a result of the pandemic and take measures to support students and their parents during this difficult period. 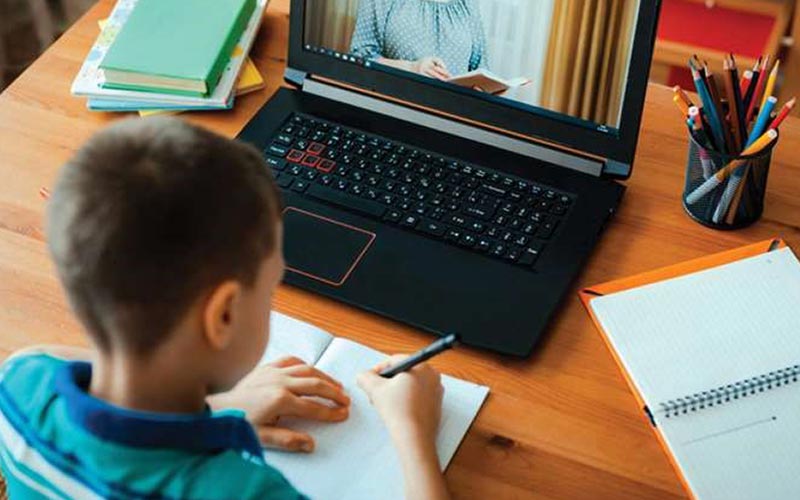 The Supreme Court said on Monday that educational institutions must reduce fees since their operating costs have fallen as a result of the Covid-19 pandemic forcing the closing of schools and the transition to online classes.

A bench of Justices A M Khanwilkar and Dinesh Maheshwari said educational institutions should be responsive to the problems people are experiencing as a result of the pandemic and take measures to support students and their parents during this difficult period. It stated that demanding payment for services not given to students amounted to profiteering, which schools must prevent.

“Under the law, the school administration cannot be held liable for collecting fees for events and services that are not provided to or used by its students due to circumstances beyond their control. Demanding payments for such operations, including for overheads, would be nothing short of profiteering and commercialization. It is common knowledge, and judicial care should be taken, that during the academic year 2020-21, schools were not able to open for a significant amount of time due to full lockdown. As a result, the school administration would have saved overheads and ongoing costs on things like gasoline/diesel, fuel, maintenance costs, water charges, stationery charges, and so on,” the bench said.

The bench held that there is no law mandating the state government to pass such an order, but decided that the schools had to reduce the fees while adjudicating a batch of pleas from private unaided schools in Rajasthan against the state government's directive to them to forego 30% of tuition fees during the pandemic.

As a result, the appellants are justified in challenging the director of secondary education's order and must prevail. That does not, however, grant the appellants licence to be rigid and insensitive in the aftermath of the pandemic.

The school administration, which is ostensibly engaged in a charitable practise of imparting education, is required to be attentive and aware of the situation, and to take appropriate remedial steps to alleviate the hardships experienced by students and their parents.

To put the adage “live and let live,” the bench said it is up to the school administration to reschedule school fee payments in such a way that no single student is left out or refused the opportunity to continue his or her education. The parents, who are seeking a fee reduction, told the court that during the online classes, the schools saved a significant amount of money on power, water, stationery, and other miscellaneous charges that are needed for the physical operation of the school.

“Indeed, overheads and running costs so saved would be nothing, but a sum undeservedly gained by the school without providing such facilities to the students during the relevant time... the theory of quid pro quo must come into play,” the bench agreed with the parents.

The bench said the fees should have been refixed by the regulatory body but instead opted to pass an order for a minimum 15% reduction to end the dispute once and for all.

“The appellants (school management of private unaided schools) shall collect annual school fees from their students as set out in the Act of 2016 for the academic year 2019-20, but with a 15% deduction for unutilized facilities by students during the relevant duration of academic year 2020-21," it said.

The court also ordered that no student be barred from attending either online or physical classes due to non-payment of tuition, arrears, or unpaid fees.