“Teachers are the biggest influence in our lives. We aim to make our teachers change-agents and ambassadors of innovation to make our students future-ready” Union Education Minister Dharmendra Pradhan 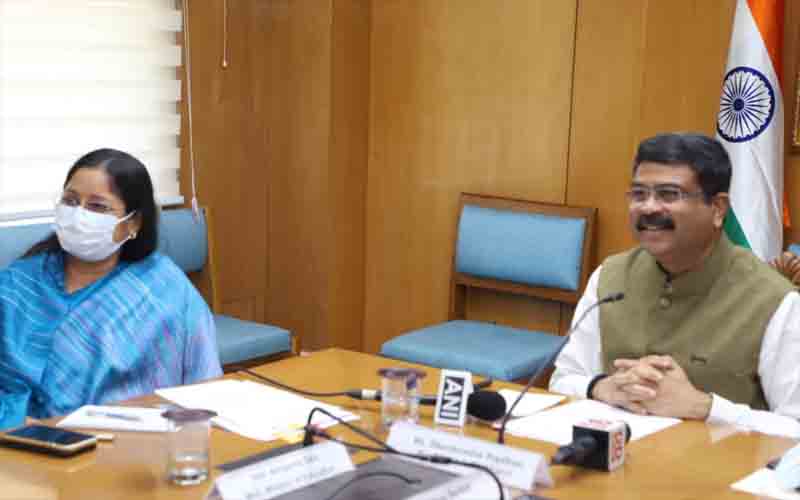 The Education Minister, speaking at the event, stated that teachers have the greatest impact on our lives. "We want our teachers to be "change agents" and "ambassadors of innovation," he said, "so that our pupils are future-ready." Technology is altering the globe, and our students have the potential to address both internal and global concerns, according to Pradhan. "Today's program is a collaborative effort by the Ministry of Education's Creative Cell, the Ministry of Tribal Affairs, CBSE, and AICTE, which will nurture lakhs of students with innovation talents, establish an innovation culture, and lay the foundation of a new and dynamic India," he added.

Union Minister for Tribal Affairs Arjun Munda expressed his pleasure that the Ministry of Education, in conjunction with the Tribal Affairs Ministry, has launched an innovative programme that will benefit a significant number of tribal children's schools across the country. "This programme will have far-reaching repercussions," the Minister explained, "helping to realise the Prime Minister's vision of a New India."

Arjun Munda went on to say that the School Innovation Ambassador Training Program (SIATP) will give children's creativity wings and create a platform for them to contribute new ideas to the world. "The Prime Minister's Eklavya Model Residential Schools (EMRS) for tribal students is another ambitious scheme, with 740 EMRS to be built in tribal-dominated areas over the next three years," he stated.

SIATP will assist EMRS pupils immensely, as it is also the goal of the Tribal Affairs Ministry to provide the greatest possible education to tribal children. Arjun Munda explained that the integration of Eklavya Schools into the entire program is a big step in the right direction for the meaningful development of tribal children, as it emphasises the development of creativity, collaboration, critical thinking, and communication skills among children through this unique capacity building programme for teachers.