SC to states: Covid or not, it’s our authorities responsibility to care for orphans

State governments must inform the court of the children's situation and the efforts they have taken to offer them immediate relief, according to the bench. 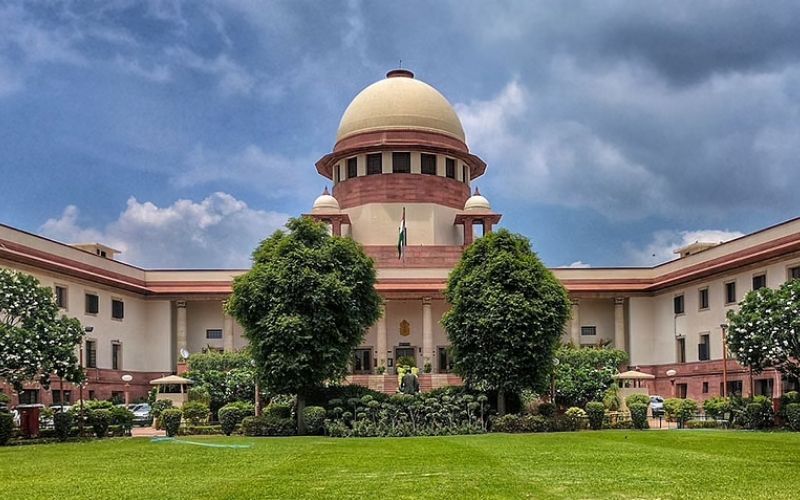 With numerous children orphaned or losing their earning parent due to the two waves of the Covid outbreak, the Supreme Court on Friday instructed states to provide data of such misfortune-hit children and steps taken for their rehabilitation in two days.

A bench of Justices LN Rao and Anirudhha Bose instructed the states and the Centre to provide statistical data on Covid-related orphaned children to amicus curiae, Gaurav Agrawal, by Monday, and stated that it would issue orders on Tuesday in the suo motu matter relating to the alleviation of such children's hardship during the pandemic.

Agrawal stated that states are receiving an increasing number of reports about children being orphaned or facing an uncertain future due to the loss of an earning parent as a result of the pandemic, and that state governments must take immediate steps for their rehabilitation in order to prevent male children from resorting to bonded labour and girl children from being trafficked for flesh trade.

While submitting an application, the amicus curiae stated, "A huge number of families' livelihoods have been damaged as a result of the epidemic. The youngsters who are forced into child labour or trafficked bear the brunt of the consequences. The impact is significantly more significant in the case of a girl kid. According to a recent survey performed by Child Rights and You (CRY), states received an upsurge in complaints of missing children following the first wave of Covid-19. The proportion of missing female children is significantly greater. The logical conclusion is that the youngsters have either fled to seek a better life for themselves or have been trafficked, mostly for the purpose of flesh trafficking."

Also, he briefed the bench of justices Rao and Bose that the National Commission for Protection of Child Rights had developed a standard operating procedure (SOP) in the case of children orphaned by the pandemic, and that the states and the Centre needed to step in significantly in accordance with the provisions of the Juvenile Justice (Care and Protection of Children) Act and the Disaster Management Act to provide immediate relief.

The amicus urged the court that the District Task Force be tasked with identifying such families/children with the assistance of police, local organisations such as panchayats, child helplines, and NGOs working in the field of child rights and child welfare.

Adding that constant monitoring of such vulnerable families would help prevent future disasters, Agrawal said, "State governments must also take steps to identify vulnerable families with children who have lost their livelihood due to Covid-19 and provide assistance in terms of food, ration, clothing, other necessities, and financial help, as well as assist in locating temporary employment under government schemes."

He added, "All cases of missing children (starting from March 24, last year, when the lockdown was declared for the first time) must be tracked by police authorities, and a persistent effort must be made to locate the missing youngsters. It may be prudent to entrust a senior police official in the state with the duty of coordinating the efforts of the district police in locating the missing youngsters." He concluded, "It might be beneficial tracking children who have become victims of inter-state trafficking if the state government appoints a top-level nodal official to coordinate the endeavour."

In addition, the government announced a number of measures on Saturday to support children affected by the coronavirus outbreak. Prime Minister Narendra Modi chaired a high-level review meeting to examine and deliberate on initiatives that might be made to comfort children who have lost their parents owing to Covid-19.