The bench asked of Rizvi’s advocate RK Raizada, “Do you seriously want to argue this petition? Are you going to press it?” 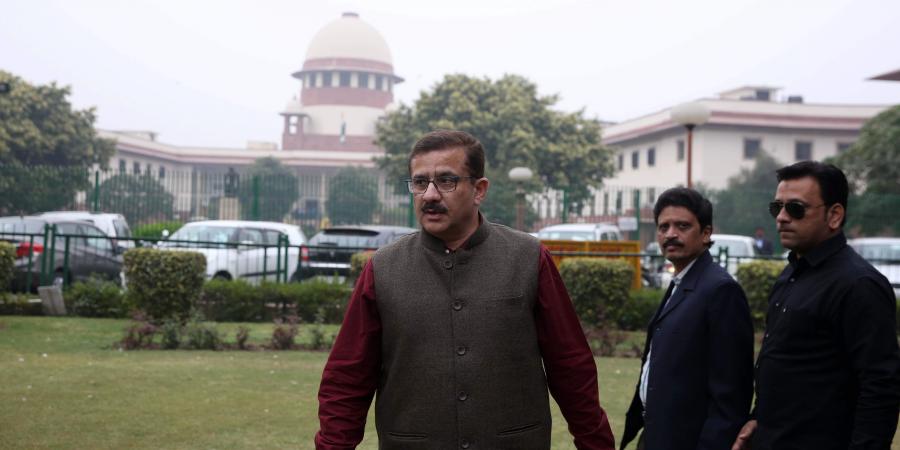 According to Bar & Bench, the Supreme Court on Monday rejected a petition seeking the omission of 26 verses from the Quran, arguing that they breach the rule of the land and promote extremism. The appellant, Syed Waseem Rizvi, a former chairperson of the Shia Central Board of Waqf in Uttar Pradesh, was also fined Rs. 50,000 by the bench, according to the report.

The petitioner Rizvi is of the belief that the 26 verses from the Quran were used by Islamist terrorist groups as ‘justification’ for carrying out attacks on ‘non-believers’.

The bench comprising of Hrishikesh Roy, BR Gavai and headed by Justice Rohinton F Nariman shut down the plea calling it, “It is an absolutely frivolous petition.”

The bench asked of Rizvi’s advocate RK Raizada, “Do you seriously want to argue this petition? Are you going to press it?”

Raizada argued in the court, “These verses that I have cited in my petition are not protected under Article 25 (right to practise, profess and propagate religion). Islamist organisations use these verses as a tool to promote hatred and terror. They are used as justifications by Islamist terrorist groups for attacks on non-believers.”

He went ahead to say that Islam is founded on the principles of equality, equity, forgiveness and tolerance, but owing to erroneous and extremist interpretations of the holy book's scriptures, the faith has strayed from its core beliefs.

Rizvi also alleged that the said 26 verses were originally not part of the holy book of Quran, he says that they were added in subsequent updates. Which is why he feels they should be omitted as they pose a risk to India’s sovereignty, unity and integrity. He explained that the verses were unconstitutional in nature.

The plea before being heard in the apex court had already been strongly chastised by the members of the Muslim community and now has been at the receiving end of huge backlash by people especially of minority group organizations, along with police complaints filed against him.

Rizvi was served with a notice by the National Commission for Minorities (NCM) in March, demanding that he retract his remarks on the Quran, failing which it said it would arrange a hearing and order authorities to take effective legal action against him.

Union Minister Syed Shahnawaz Hussain slammed the petition filed by Rizwi, “I strongly object to and condemn Wasim Rizvi’s petition seeking removal of 26 verses from Quran. It is my party’s stand that saying absurd things about any religious texts, including Quran, is a highly condemnable act.”